The church and public giving 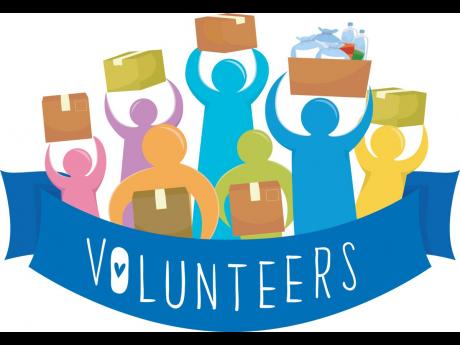 Make it a better place

For you and for me

And the entire human race

There are people dying

If you care enough for the living

Make it a better place

For you and for me

With the mushrooming of charities emanating from the Church, it is not uncommon to see articles in the media highlighting the work being done. The projects which are on a grander scale, costing millions of dollars to execute, get the lion’s share of the publicity. However, some coordinators of those ‘lowlier’ ventures, which include feeding the homeless, donating to homes or just random acts of kindness, also want their efforts to be recognised publicly.

But if the scripture is to be adhered to, referencing Matthew 6:2 which says: “Therefore when thou doest thine alms, do not sound a trumpet before thee, as the hypocrites do in the synagogues and in the streets, that they may have glory”, then seeking publicity could be interpreted as ‘blowing your trumpet’.

It begs the question of whether the Church’s outreach or any meaningful outreach should be publicly highlighted.

Family and Religion sought the advice of Rev Dr Zebulah Aiken of the Miracle Tabernacle Free Town Church of God of Prophecy. She said, on a point of principle, some form of giving is not something that should be highlighted.

Stressing that personal giving, such as helping a brother or sister or a needy person, is not something you would broadcast to the world, as more often than not, those persons were laid on your heart by the Holy Spirit in answer to their prayers. However, she added that there are other forms of giving that can be highlighted.

Aiken said ministry outreach is another matter, as she understands why those working through their foundations or through groups would want their efforts publicised.

“The reality is that some companies and sponsors prefer to fund projects where they can receive the ‘big ups’ spin-offs.”

Noting that there are several struggling persons who see a modest phone as a prized gift, yet companies gift their high-end phones and other expensive products to those who could already afford to buy them.

“Why, because think of the publicity, the spin-off they will receive. The big projects receive brand-name sponsors because their (sponsors) names will be bandied about on flyers, mentioned on every advert … and nothing is wrong with that. They are just seeking value for their money,” she said.

On the other hand, volunteers who can offer no such spin-off will see their solicited letters receiving one rejection after another.

For Aiken, the same company that turned the Church’s outreach down, citing financial challenges and cutbacks, are the ones on the flyers of big-named projects.

She said the Church’s outreach and seeking publicity for them is not about them trying to blow their own trumpet or seeking glory for what they are doing, but it’s just them hoping that the publicity will bring in a few more sponsors.

Aiken also pointed out that Matthew 6:2 is sometimes misinterpreted because Jesus was really questioning the motives of the givers.

“He was cautioning them to check their motives and make sure that they were not giving just so they can enjoy praises from the beneficiaries. The thanks should be directed where it really belongs – to God,” she said.

According to her, it is good for some Christians to publicise their efforts, especially those who benefit from tax write-offs through their charitable efforts.

Publicising an outreach, Aiken said, can have a positive impact on people further afield.

“Just imagine someone who doesn’t attend your church and has a need. They read somewhere about your programme and at least they will get the opportunity to benefit from that church’s outreach,” she said.

For those who criticise the Church with the comment that they are ‘hogging attention’ for every little outreach, Aiken said the challenges to host health fairs, children’s treat and other initiatives powered by the church ministry are many.

And for her, if publicity can help in offsetting those costs by bringing in sponsors, then it is a win-win situation. A win for the church in impacting more lives, and a win for those who are the direct beneficiaries.