Jamaican priests push Church of England to face up to racism 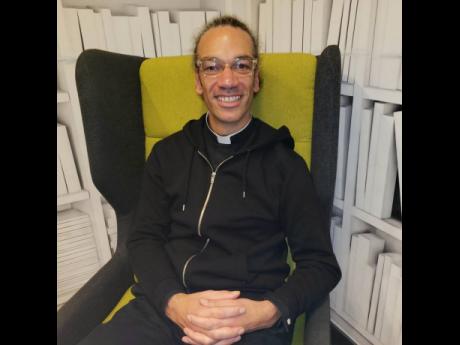 Contributed
The Rev Andrew Moughtin-Mumby, who has roots in Anchovy, St James, says the Church of England must frontally address racism. 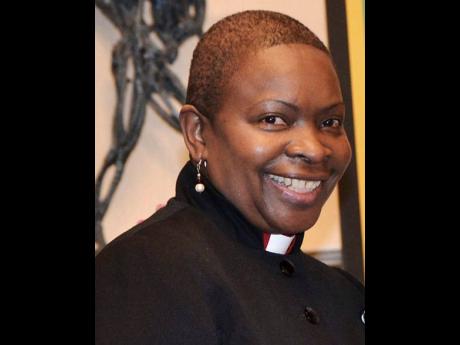 Two senior Jamaica-born priests in the United Kingdom have accused the Church of England of institutional racism because of its failure to prevent the barring of blacks from liturgical involvement and weak advocacy against the deportation of British-grown offenders.

The stinging rebuke delivered at last Tuesday’s General Synod drew the remorse of the Archbishop of Canterbury Justin Welby, titular head of the church and the Anglican community worldwide, who apologised for decades of mistreatment of blacks and other ethnic minorities.

Father Andrew Moughtin-Mumby, 42, rector of St Peter’s Church in the Diocese of Southwark, London, outlined in a 10-minute presentation to the Church of England’s governing body a catalogue of instances where minorities had been turned away from worship because of race.

His lamentation described the pain and humiliation of would-be parishioners, including members of the Windrush Generation, who were dehumanised and barred from services because of the colour of their skin.

“We need to learn to stand up for people who are different from us and for those who are more vulnerable than we are,” Moughtin-Mumby, who has roots in Anchovy, St James, told The Gleaner on Saturday.

“Some say the church is institutionally racist, some say it is not. I believe it is. We need to get our house in order – urgently. Now is the time to make real the promise for a church for all people.”

At Tuesday’s synod, the priest related how Doreen Browne, who had moved with her family from Jamaica to England in 1961, had been a victim of racism. Browne and her mother, father, and siblings were denied entry to St Peter’s Church in Walworth, near to Elephant and Castle in South London, because they were black.

“Doreen’s family suffered a horrible, humiliating racism which still affects Doreen’s relationship with the church even today,” said Moughtin-Mumby, whose parents, Alan and Marjorie, both taught at Manning’s School in Savanna-la-Mar, Westmoreland.

As Browne sat quietly in the extraordinary meeting of the General Synod enduring reminders of the decades-old blatant rejection, Moughtin-Mumby extended a personal apology to her and her family. She is now a parishioner and assistant warden, welcoming visitors at St Peter’s Walworth, where she was once rebuffed.

Moughtin-Mumby also made a chilling reference to Joy Gardner, a Jamaican woman who died in 1991 during a deportation attempt when her home was raided in the UK.

As her five-year-old son watched, Gardner was handcuffed, further restrained by leather straps, and gagged with 13 feet of tape that was wrapped seven times around her head before she fell into a coma and was pronounced dead from asphyxia, brain damage, and cardiac arrest.

In a twist of fate, while the synod was in session last Tuesday, an aircraft with 17 deportees was en route to Jamaica despite pleas and protests at Downing Street and Parliament Square the previous day for further review.

Calling the litany of complaints “shocking and profoundly shaming”, Welby tendered a public apology and pledged that the Church of England, under his leadership, would reform its conduct.

Jamaica-born Rose Hudson-Wilkin, the recently installed Bishop of Dover, also chimed in on the Church of England’s failure to lobby against Britain’s deportation policy, adding that more blacks and other ethnic minorities should be given leadership roles.

“The sending home of prisoners is a clear statement that they do not belong, and our silence in that is a symptom of what we also believe,” said Hudson-Wilkin in her opening statement.

“If it is excellence and vision that you are looking for, the minority ethnic people will always be at the table.”