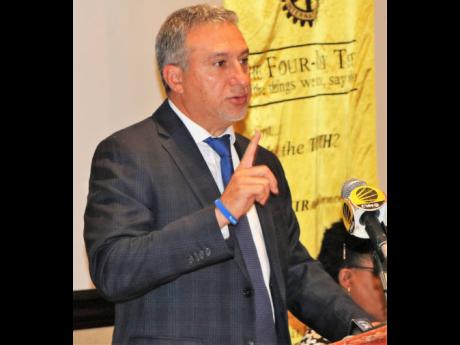 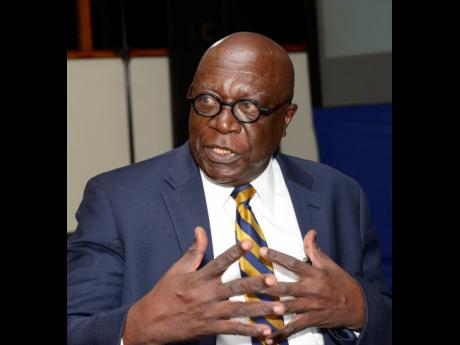 Less than a third of Jamaicans are satisfied with the Bank of Jamaica’s (BOJ) handling of the foreign exchange market, according to the latest RJRGLEANER Group-Don Anderson poll.

The 32 per cent of the 1,038 respondents polled who answered positively to the question, ‘Are you confident in the foreign exchange market?’ was 11 percentage points below the 43 per cent who responded negatively.

The survey, which had 13 per cent of respondents answering ‘Not Sure’ and 12 per cent indicating that they ‘Don’t know’, was conducted between February 8 and 18 and has a sampling error of plus or minus three per cent.

Senior Deputy Governor of the BOJ, John Robinson, expressed confidence that within a year, some measures being implemented by the central bank will begin to pay more dividends and usher in a calming effect on more Jamaicans.

“As the market deepens and becomes more efficient, more people will become more comfortable with the movements that are observed; and as more instruments are introduced to protect users against unexpected movements, over time, these changes will become less worrisome to observers,” he told The Gleaner last Friday.

“We are focused on keeping inflation low and stable, and as long as we are successful with that, it only remains for the other financial markets to become more efficient, and then this will become less of an issue,” he added.

However, businessman and former President of the Jamaica Manufacturers and Exporters’ Association (JMEA), Metry Seaga, while making it clear that he would not endorse manipulation of the exchange rate, believes there were times when the central bank should have taken pre-emptive action.

“I understand that they want a free market. I just don’t believe that we are a large enough market to be a totally free market. I think there needs to be direction, not manipulation. I think that there are ways to take the speculative shift out of the market, and I don’t think that we have done that well, and that is what has led to a lack of confidence in the BOJ’s ability to run the market,” Seaga said.

The businessman contends that the volatility of the foreign exchange rate, coupled with the lack of availability of the US currency, has contributed to this, despite various measures employed by the BOJ over the years, with varying degrees of success.

“If you had a large enough market of, say, 100 banks in Jamaica, and didn’t have a regulated banking industry, then you wouldn’t have a small group of large players being able to do things that would cause the erratic movement as now happens,” he explained. “Once the US dollar is seen as the currency of choice to hold your savings in and to keep your assets base in, it’s hard to ask people to step away from that because, remember, it’s 40 years we have had this system, and you can’t expect it to change in 40 weeks.”

Maintaining competitiveness in the dollar

Robinson, however, is convinced that the changes being implemented by the central bank will, over time, begin to positively influence people’s thinking on the issue. He explained that the two-way movement in the exchange rate would have been the most worrying factor over the years, but this is poised to change.

“As people move to protect themselves against unexpected changes, then the number of people who become satisfied with the understanding of how it works will increase over time. And I am speaking here of hedging instruments going forward, and we will have a trading platform to allow for more transparency and so on. With all of these things working, more Jamaicans will develop a broader understanding and acceptance of the way the market works, and people will become less anxious about movement.

“Just like the stock market, people accept that it goes up and down, appreciating the fact that market determination is key to the whole economic strategy and to maintain the competitiveness of the Jamaican dollar.”

Meanwhile, declaring that he was not an economist or foreign exchange expert, and insisting he was speaking from a common-sense platform, Seaga gave the BOJ kudos for its handling of the situation and offered a suggestion for getting major players to walk the straight and narrow.

“It’s a dichotomy, but I think that what they (BOJ) have been is consistent in what they have done, how they have managed the system, and you have to give them props for that. But I think they could have been a little more proactive, rather than being as reactive as they have been.

“If you have people playing a game and holding short when people need the US currency and selling plenty when it is not needed, if I were the BOJ and held the levers, I would certainly be playing the game to make them stop playing the game. Give two or three of them some big lick now and again,” he said.

Meanwhile, the survey also found that a majority of Jamaicans are convinced that more locals are direct beneficiaries of the reported growth in tourism, with 51 per cent responding positively to the question, ‘Are Jamaicans benefiting from growth in tourism?’

However, on the question of whether ordinary Jamaicans were benefiting from growth in tourism through Airbnbs, they were evenly split at 41 per cent, 10 per cent didn’t know, and seven per cent were not sure.