Health vs economics: Tug of war over cruises and coronavirus 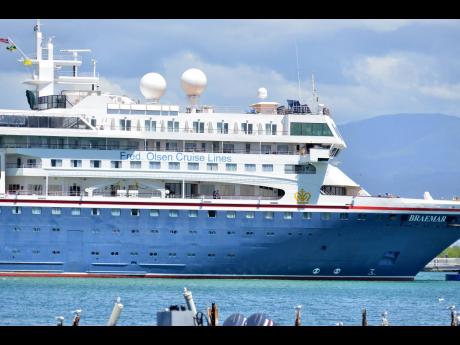 While he strongly believes no effort should be spared in protecting the Jamaican people, Dr Lee Bailey, CEO of the Montego Bay-based Caribbean Cruise & Shipping Tours, is not satisfied with the Government’s handling of the global novel coronavirus outbreak and its impact on the local cruise shipping industry.

Bailey believes that the stand-off over the reporting protocol of travel history, health records, and temperature logs, which sparked Monday’s threat by Carnival Cruise Limited to pull out of Jamaica, could have been avoided had the Holness administration engaged with the management of various cruise lines and other experienced stakeholders.

“I believe the Government must have the safety of the Jamaican people as its first priority, health-wise and security-wise. However, we must also have the economic impact in mind for future survival and sustainable business,” said Bailey.

“Had the Government met with officials in the cruise industry ahead of time and iron out an acceptable protocol, it would have prevented the embarrassing situation on Monday in Ocho Rios, which saw passengers being prevented from leaving the ship.”

The Caribbean Cruise & Shipping Tours boss also criticised the decision to block Italian passengers from disembarking the ship, describing the move as discriminatory. He is wary that the hard-line protocol could cause friction and harm long-term relationships.

“We should not have allowed some persons from one nationality to come off but not someone from elsewhere. That smacks of discrimination … . They should all be denied or everyone allowed off … . If the virus was on the ship, everyone would have been exposed to it … so I can’t see the rationale in letting off some but not letting off others,” added Bailey.

Bailey, who has more than 45 years of experience in the cruise industry, said that he was disappointed that the Government had not done wide-scale consultation with sector interests like himself.

“As a pioneer in this industry who has developed relationships with many of the major players in the industry over many years, nobody has consulted me, nobody has asked my opinion … . Frankly speaking, I feel left out because I have so much I could share,” said Bailey.

“Cruise shipping is like a money train, and to see them sail away with all that money is regrettable, but we understand that we must put the protection of our people and our nation’s health first,” he added.

Meanwhile, some small-scale operators in St Ann have backed the Ministry of Health & Wellness’ stance on landing privileges, even if that might have economic consequences.

“We (craft vendors) are not benefiting from cruise ships coming to Ocho Rios, but it’s good for the safety of the country; that’s the best thing we can do,” Deon Adams, a vendor at Pineapple Craft Market, told The Gleaner on Tuesday.

Transport operator Lewis McBean, who spoke to The Gleaner even as he sought to woo passengers from the Caribbean Princess on Tuesday, had similar sentiments. “For safety purposes, I don’t wrong the Government from doing what they’re doing, as they have a job to take care of the people,” McBean said.

“I know it’s my livelihood, but what you gonna do? Safety first.”

Kumar Sujanani, CEO of Gem Palace, a leading in-bond store in Ocho Rios, described the development as a “sad state of affairs”. He said that it was crucial for the Government to find a middle ground between health and economics.

“We need the cruise ship, but our people’s health is very important also. It’s a tight balancing act. I would encourage that there be dialogue between the minister of tourism and the minister of health so that they can communicate with Carnival to see if an acceptable position can be reached,” Sujanani said.