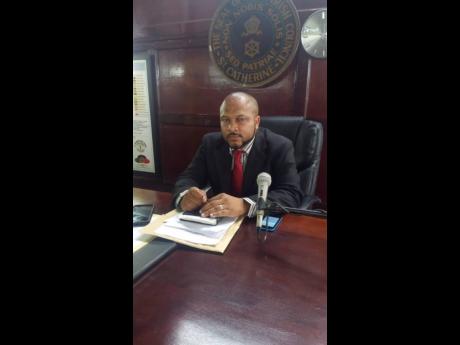 The St Catherine Parish Disaster Preparedness Committee is asking for a budget of $779,250 to prepare for the 2020 hurricane season, while highlighting that the shelters are 85 per cent ready for occupation.

This money, according committee chairman Roogae Kirlew, is for sanitation items for all sixteen parish shelters that have been established.

Kirlew told The Gleaner that the committee met with Ministry of Local Government officials last Friday and shared the hurricane preparedness plan for the parish.

“So far, we have trained our shelter managers and visited 14 out of the 16 shelters in the parish. The Sligoville and GC Foster shelters are the ones that has not yet been visited; however, visits are scheduled for next week,” he disclosed.

“We want to make sure that the shelters are ready to comfortably house the people that will be brought there in the event of an hurricane, so we did our assessments on the entrances and exits, sanitary facilities, access to running water as well as fire extinguishers, and we are confident that they are about 85 percent ready,” Kirlew stated.

He continued, “In addition to this, we have established isolation rooms with separate bathrooms in all the shelters for COVID-19-infected persons; and where shelters are located in schools, we have been given permission to use staff lounges as isolation rooms.”

Kirlew added that the early-warning systems in Riverlie, Jericho and Bog Walk are presently been serviced, but there are lingering concerns about the tsunami siren alert in Old Harbour Bay that has been non-functional since November last year.

Old Harbour Bay resident Genieve Foster thinks that this is a major problem that must be addressed as a matter of urgency.

“We in here, in Old Harbour Bay, are in a precarious position living on the edge of the sea, we depend on the siren to alert us so we can move to higher grounds before we get flooded out, so they need to fix it fast,” she said.

Kirlew, in the meantime, has signalled that the emergency operation centre is in a state of readiness, contractors with power tools and other equipment are in place, as well as first responders.