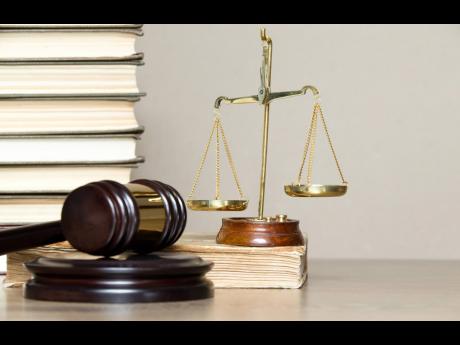 The Supreme Court paved the way for a litigant who allegedly suffered medical negligence due to a surgery performed more than six years ago to pursue her claim.

In a landmark ruling recently, the Supreme Court paved the way for a litigant who allegedly suffered medical negligence due to a surgery performed more than six years ago to pursue her claim.

The Limitations of Actions Act states that claims in torts must be filed in court within six years of the cause of the action.

Tamara Myrie-Jones, the litigant, had a caesarean section at a Corporate Area hospital in 2005, and in 2014 it was discovered that a suture was left in her body during the surgery.

A suit was filed against the hospital in 2016 and the doctor who performed the surgery was added in 2018 as a defendant.

The doctor applied to strike out the claim on the grounds that the action was statute barred, but the doctor was not successful.

“It would not be fair to litigants if the starting point for the cause of action is at the time of surgery because they would not have known that harm had occurred,” stated attorney-at-law Nigel Jones.

Jones and attorney-at-law Olesya Ammar, who are representing Myrie-Jones, told The Sunday Gleaner last week that they were surprised that, in their research, they could find no local case directly addressing the issue. They had to rely on Irish cases and decisions from the United Kingdom to argue the case in relation to the limitation point.

Myrie-Jones stated that in 2014 she began to experience microscopic haematuria (blood in the urine) and lower urinary tract symptoms, as well as other issues.

She was examined by consultant urologist Dr William Aitken, who found out that she had a suture (foreign body) on the right bladder wall with a calculus on its end, which required surgical removal. Dr Aiken performed the surgery in July 2015 and his opinion, which is being relied on as the expert witness, is that the suture was left in the body during the caesarean section which was performed in 2005.

This finding prompted Myrie-Jones to file a negligence suit.

The suit was vigorously challenged by the doctor on the basis that the suit was statute barred, and heavy reliance was placed on the Limitations of Actions Act.

Jones and Ammar argued that medical negligence claims should start from the time the claimant found that something was wrong and not when the surgery was performed in February 2005.

Justice Tricia Hutchinson, after referring to several authorities, said she was unable to agree with submissions by the doctor’s lawyers that the action should be struck out on the grounds that it was outside the period of limitation.

The attorney explained further that this case is of great importance, “as in a situation where a surgery is performed in a negligent manner, but the patient does not suffer any damage until some time later (six years or more), the patient will not be barred from pursuing an action against the person who performed the negligent act.”

The claim against the hospital has been withdrawn, as Jones and Ammar said the doctor who performed the surgery was an independent contractor.