My mom refused to see any dentist but DK, says Charles Sr 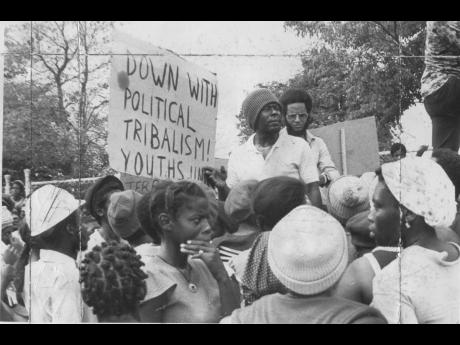 Gleaner Archive Photo
Dr D.K. Duncan (in glasses), general secretary of the People’s National Party, speaking with a group of demonstrators at the gates of Jamaica House in this mid-1970s photo. The group from South West St Andrew visited Jamaica House, demanding to see Prime Minister Michael Manley regarding charges made against JLP Senator Pearnel Charles. 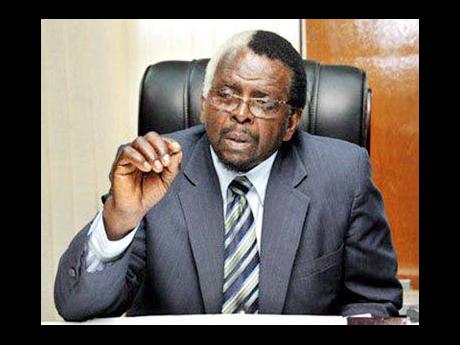 Late political organising maestro Dr D.K. Duncan and Pearnel Charles Sr were political combatants at best in the public domain during the political cold war of the 1970s and ‘80s in Jamaica, except an unusual bond kept them inextricably linked despite the polarising frost – Charles’ mother.

Charles was detained and held at Up Park Camp shortly after Prime Minister Michael Manley announced a state of emergency on June 19, 1976, and well into the heart of a fierce and bloody general election campaign for polls held six months later in December.

Duncan, who served as general secretary of the People’s National Party (PNP) when Charles was detained, became minister of mobilisation in the 1976 Cabinet of Manley’s second term. However, their friendship, which began in St Ann years before, endured great political strain but withstood the political divide up to the time of his death.

Charles told The Sunday Gleaner that himself, Duncan and Arnold Bertram were “three St Ann boys who shared a close and special friendship” – one that never died, especially because of Charles’ mother.

“When I was here, my mother found him in Brown’s Town as a dentist. He started to be highlighted as a socialist – him and the PNP. I told my mother to stop going to this man,” said Charles.

During his studies of political science overseas, Charles said he was influenced by one of his professors who was a refugee from Europe.

“He made no bones about the pitfalls of communism and so when I came back to Jamaica, I had no intention of associating with communism or anyone associated with it. So anything that was called socialism reminded me of communism and I stayed away,” he said. “Although I called myself anti-socialist, I found that I was defending many of the same things D.K. was defending as a socialist.”

His mother dismissed his urgings to stay away from Duncan, who had studied dentistry at Canada’s McGill University.

“My mother say she don’t care what we want to say, D.K. is her dentist. When D.K. heard that, he lift her up, hug her up. He was so soft. He treated my mother as his mother, and I could not get my mother to find another dentist. Up until her advanced years, D.K. was her dentist and she didn’t care what we want to say,” the retired politician said as he reflected on Duncan, 80, who passed away last Thursday after contracting COVID-19.

His mother won the battle to remain with man many described as a political maverick, but who was consistent in his fight for the rights of the underprivileged.

“She said it was her body. Him nah put nuh communism or socialism in her mouth and she didn’t feel any pain, and she love him cause him treat her good. And so mi just leave my madda. Mi nuh badda say nothing more to har,” Charles said, breaking into the Jamaican vernacular.

Though Charles and Duncan walked politically parallel lines, the intent and outcome were the same.

“Although I oppose the overall philosophy of communism, I always feel and was taught that socialism was very close to it, and so socialist and communist were put in one bag. But there are a lot of things in socialism I was fighting for, too, but without a label,” Charles said in tribute to the man he regaled as a “passionate fighter for social justice for the underprivileged”.

“Scree (Arnold) Bertram, Trevor Munroe and myself never threw stones at each other. Though we attacked each other’s philosophy, you could say that we were always friends. I found D.K. to be genuine. He believed in what he was doing so much, he could see nothing wrong with any defence of the working class,” he said.

Charles, who was an official of the Bustamante Industrial Trade Union, which was one of the organising arms of the Jamaica Labour Party (JLP), said they were connected in service as the union fought for the rights of the working poor, the same subset of the population Duncan fought for politically.

While he served in St Andrew East Central (1976-1980), Duncan had Anthony Spaulding (St Andrew Southern) and Portia Simpson Miller (St Andrew South Western) as political companions in a westerly direction. It is a long-held view of the PNP that the three fiercest combatants in the party during the 1970s were placed strategically to prevent Edward Seaga from extending the JLP’s domain from his Kingston Western constituency to Half-Way Tree.

Simpson Miller, who rose to become prime minister, is the only remaining survivor of the trio.

After many years away from political representation, both Charles and Duncan would sit together in Gordon House on opposite sides. Duncan re-entered the House in 2007 after winning the Hanover Eastern seat, which he held up to his retirement in 2016.

Charles bowed out of representational politics earlier this year after first serving as member of parliament for St Thomas Eastern, which is now represented by his daughter Michelle, before moving to Clarendon North Central.

Charles recalled Duncan attracting criticisms for many things he said and did.

One such occasion was when Duncan, on a visit to the Jamaica German Automotive School on Maxfield Avenue, said it was “too clean”.

Duncan “took a bashing in the media, including The Gleaner, for the comments”, Charles said.

According to him, Duncan had thought it strange that he did not see any evidence of practical work being done as students were dressed formally and in classrooms.

“D.K. was passionate about what he was doing to the point where he fight all police. Nuff times mi haffi beg fi him,” said the now-retired political veteran with laughter.

Charles said his father, who was a policeman, was called to intervene on Duncan’s behalf on several occasions.

“My father was a police and in Brown’s Town, I knew a lot of police. So when they get in trouble, I had to beg for them. Dem days, one police go for the rest a police and they come for you,” he related, still laughing.

Duncan was prepared to die for a cause, Charles said.

“I think the highlight of D.K.’s life was someone who was very passionate in all that he did, and he defended the poorer class of people and was prepared to do so with his life,” he said in tribute.