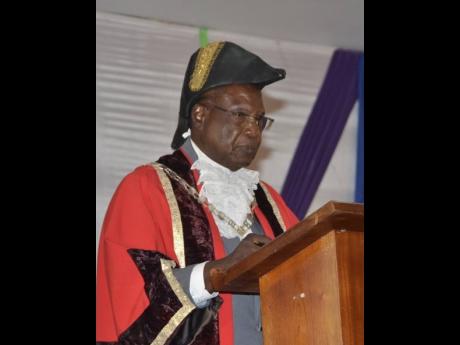 A call by Montego Bay’s newly minted mayor, Leeroy Williams, for the removal of election paraphernalia from public spaces around the city has fallen on deaf ears.

At his inauguration just over a week ago, Williams said one of his first tasks would be to ask representatives of the Jamaica Labour Party (JLP) and the People’s National Party (PNP) to remove the flags, posters and billboards that were mounted around the city during the general election campaign.

“The JLP and PNP must by now come to the realisation that events associated with the general election of September 3, 2020, are now over and the time has come for their parties’ promotional materials to be removed from the public space,” said Williams.

When The Gleaner travelled around the western city on Sunday, the situation remained unchanged.

In communities like the affluent Westgate Hills in St James Central, the utility poles along the main road in the community were littered with orange flags, the colour of the PNP, much to the chagrin of some residents.

“I think it is very irresponsible of those who mounted these flags not to remove them because they bear no further significance,” said resident Bryan Clarke. “

Interestingly, over on King Street, also in St James Central, some residents said they had no problem with the green JLP flags, posters, and banners on their utility poles in abundance.

“A shower (JLP) time so nothing nuh wrong if shower flags fly,” said Marjorie Smith, who declared herself a proud Labourite. “I want them to stay there until the local government election because we going to give the Comrades (PNP) another beating to quiet them.”

However, Mayor Williams wants all paraphernalia taken down as in addition to holding no further significance, they are not bringing in any revenue for the St James Municipal Corporation, unlike some of the revenue-generating billboards they are mounted on.

In the case of St James Central, representatives of the JLP’s Heroy Clarke, who won the seat, and the PNP’s Andre Hylton both indicated that efforts will be made to accede to the wishes of the mayor as early as possible.

At the time of making his call, Williams had indicated that if the parties did not remove them within a week, the municipal corporation would take them down “and all associated costs will be passed on to the respective candidates”.