No guarantee - Companies could be shafted in COVID cleaning contracts, warns scientist 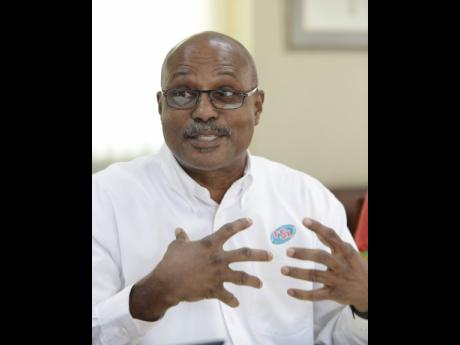 As Jamaica continues to grapple with the deadly coronavirus pandemic, a scientist is warning that companies could be sending millions of dollars down the drain as they engage some long-established and fly-by-night sanitation companies looking to cash in on panic cleaning.

Analyses carried out at some companies have shown that even after shelling out big bucks for deep cleaning to remove possible virus particles after employees were confirmed with the coronavirus, some companies were no better off after the exercise than before or had been dished a shoddy job by contractors, leaving employees and clients just as exposed.

“There is a lot of truth to the question of businesses not getting value for their money for COVID-19 cleaning,” Dr Andre Gordon told The Sunday Gleaner last week.

“Everybody has gone into the business with no knowledge of the business, and a lot of persons are choosing the people who quote them the least, not understanding that the individuals themselves are seizing on to a business opportunity but with little knowledge of decontamination,” he said, warning that there is sometimes no guarantee of value for spend.

Two weeks ago, the health ministry advised that companies no longer needed to close their doors for deep-cleaning activities when an employee has been confirmed with the virus which causes COVID-19.

“If infection prevention and control measures are adhered to in daily operations, then there is no need to close offices or other workplaces,” Chief Medical Officer Dr Jacquiline Bisasor-McKenzie said two Thursdays ago.

Up to Friday, 5,854 cases had been confirmed in the island, as well as 88 resulting deaths. More than 1,600 persons have recovered.

He told The Sunday Gleaner that there is a science to cleaning to get the best results, with particular attention to the chemicals being used, their mix and potency, and the competency of the individuals conducting the operations.

On July 27, TSL began offering a suite of state-of-the-art analyses – from testing of high-touch surfaces to checks as to whether the virus was present in the air. It does not offer sanitisation services.

The company’s focus remains on surface testing, although individual COVID-19 testing is being done on a small scale.

“We are focusing at the moment on the environment. So, if there’s somebody who is COVID-19 positive in a space and that person may be unaware or asymptomatic, they will leave residue. This test that we now have is so accurate and sensitive that it will identify a single residue on surfaces, unlike other tests that need multiple residue samples to make an assessment if COVID-19 is present on surfaces,” Gordon explained.

He revealed that his company had been evaluating pre- and post-sanitising efforts before the pandemic.

“We have customers for years that routinely assess their cleaning and sanitising efforts and it’s not because they don’t know what they are doing. But even with that knowledge, from time to time, they don’t get it right, but they want to know so they can fix it. And that is just routine,” he said. “In a time like this when mistakes such as those can have very serious and immediate consequences, it boggles my mind that many persons are taking these dangerous shortcuts.”

He said, for example, “they offer the service and they call the name of a fancy chemical and nobody knows whether it is effective”.

Cleaning efforts have centred around heavily trafficked areas such as bathrooms, countertops and workspaces in companies which attract high patronage.

At least two companies have admitted that they had no details of the companies they contracted to conduct the service at their establishment.

One a manufacturer and the other a service provider, they admitted that “they needed to do something to ease the fears”.

In one instance, the company was recommended by a friend, while the idea was “sold” to another.

One company said it was billed per square foot and the other by the number of floors.

The other representative could not recall the price her company paid for per-square-footage cleaning.

But even high-tech sanitising machines are no guarantee for a good cleaning, Gordon said.

“People coming with all these walk-through sanitisers and I just shake my head and keep quiet. The accuracy ratio for these walk-through sanitisation machines varies dramatically. How well the cleaning agents are made up and if they are trained to make sure the right proportions are mixed are concerns,” Gordon said. “If I am walking through and it is supposed to sanitise my clothes, how much of my clothes is being covered by it? How long should you stand, because it is a contact, time and concentration relationship.”

Gordon said many peddlers of the machines, including vendors overseas, are simply operating a business for profit. Many sellers of personal protective equipment follow similar practices, he said, and the risk to individuals becomes even greater.

“For our clients, we will go in either before or after cleaning and sanitisation. We will evaluate the cleaning chemicals being used, the concentration, the competence of the people conducting the exercise, the company selling it. Have they been trained or certified by anybody locally or overseas?” the TSL chairman explained.

Some companies offering cleaning services have been honest in dealing with clients, he said, telling them the agents they used previous to the outbreak did not protect them against the virus, but another chemical, and for a greater cost, would give COVID-19 protection.

“At the risk of losing the business, they disclosed that to the client. This is an international company, but that is the kind of responsible behaviour you expect from reputable companies,” he explained.

The representative of a local distribution company said they invested in their own sanitising arm and now carry out the exercise themselves each weekend, after ditching their contractor so as to lower cost and boost effectiveness.

Gordon said there was good reason for the recommended alcohol content of 70 per cent or upwards for sanitisation and decontamination.

“The dilution effect, once it’s alcohol, and once it forms below a certain level, which may vary – 55, 60 per cent – is not as effective. So you want to make sure that the concentration at the point of contact is always above what is required to destroy the virus,” Gordon told The Sunday Gleaner.

Rubbing alcohol can be used for sanitising and decontamination, but 80 per cent proof alcohol content is not strong enough to destroy the virus, he said.

In using bleach for surface cleaning, he said that a certain percentage of chlorine is more effective than others, but he did not identify any product.

The Government has maintained a message of daily surface-cleaning with mild bleach or alcohol, while individuals are required to wash hands with soap and keep a physical distance of a minimum of six feet.