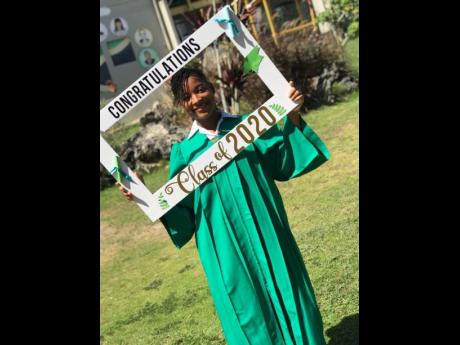 Following Friday’s publication in The Gleaner of the story featuring teen mom Otisa Wilmoth, there has been an overwhelming response from people willing to assist the struggling student to continue her education.

Among the prospective donors are the prime minister’s wife, Juliet Holness, who pledged in a tweet on Friday to provide her with a computer through the Save Our Boys and Girls Foundation.

Wilmoth, a student of Green Pond High, attained six grade ones and a three in the Caribbean Secondary Education Certificate examinations.

The 18-year-old said that she was shunned by much of her family after she got pregnant in grade nine and had financial difficulties. She later got help from the Women’s Centre of Jamaica Foundation in Montego Bay and became a star student at Green Pond High School, even elevated to head girl.

Wilmoth’s principal, Elisea Ellis-Spence, had commended the student, adding that her only disappointment was that she had not secured a scholarship to further her studies.

The principal had also made an appeal on behalf of the student for a laptop or a tablet.

Persons wishing to donate can make deposits at: