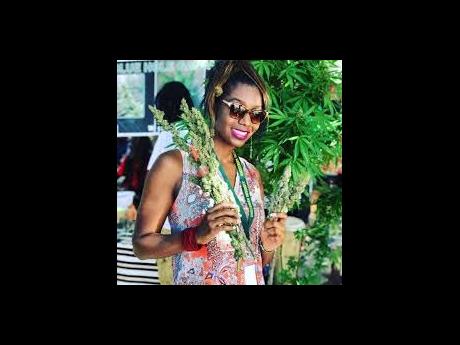 The top item on the New Jersey ballot for November 3 is choosing the 46th president of the United States. But another item that is of keen interest in the Garden State is a vote for the legalisation of marijuana. In Public Question Number 1, the ballot is asking citizens to vote yes or no on a constitutional amendment to legalise marijuana, making a limited use of the weed available to adult residents of the state.

The use of marijuana is presently illegal in the state except for medical use, and New Jersey’s very restrictive marijuana regulations have been blamed for the recent death of Jawara McIntosh, the son of Jamaica’s reggae icon Peter Tosh and global activist for the legalisation of marijuana. In 2017, Jawara was attacked in a Bergen County detention facility in New Jersey following an arrest for possession of ganja. He suffered traumatic brain injuries from the assault by another inmate and afterwards he could neither walk nor talk, remaining bedbound until his death on July 17 this year.

“It is vital that citizens respond politically and socially to the arbitrary, unfair and disproportionate enforcement of the draconian cannabis laws”, Niambe McIntosh, daughter of Peter Tosh, sister of Jawara and executive of the Peter Tosh Legacy & Brands told The Gleaner.

“My family has come face to face with these laws and we suffered immensely as the cannabis arrest precipitated my brother’s premature demise. We must end this disgraceful and needless exploitation of men and women, using cannabis as a pretext,” the former mathematics teacher and activist added.

If the constitutional amendment receives a yes vote in New Jersey, the use of marijuana would be governed by the Cannabis Regulatory Commission that was created in 2019 to oversee the state’s medical cannabis programme. Only adults of at least 21 years of age could use related cannabis products and all sales in this new market would be subject to New Jersey sales tax.

Previous attempts to legalise marijuana in the state of New Jersey have been unsuccessful.