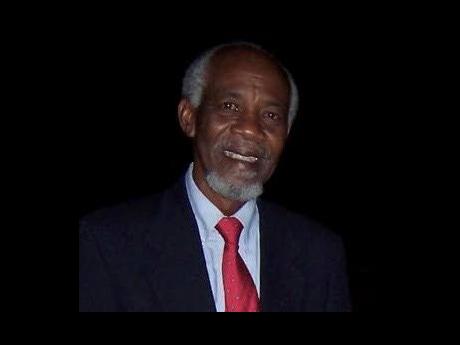 The Herbert Morrison Technical High School and the wider Montego Bay community are in mourning following last week’s passing of legendary educator James Lloyd Legore Whinstanley, the school’s first principal and one of the western region’s most revered educators.

Whinstanley, popularly called ‘Boss’, was chosen to lead the charge when the school first opened its doors to 16 teachers and 480 students in 12 classrooms on September 13, 1976. He managed to transform Herbert Morrison Technical from one which was initially shunned for more established institutions to a school of choice by the time he retired 23 years later in 1999.

Born on June 18, 1936, in St Mary’s district in St Elizabeth, Whinstanley started his education at St Mary’s Elementary School, where he did so well that when he graduated, after successfully completing his Third Jamaica Local Examination, he was employed as a pretrained teacher for two years.

However, chock-full of ambition, he took the entrance test for Mico Teachers’ College in 1956 and was successful, opening the door to a distinguished career as a phenomenal educator.

After leaving Mico, Whinstanley headed to St James, where he had secured a job at Maldon Elementary School. He later did a stint at the Brown’s Town Elementary School in St Ann before returning to St James, where he joined the staff at Cornwall College, teaching general studies in the lower school and health science/biology to the fifth-form students.

While at Cornwall College, Whinstanley continued his studies and in the mid-1960s, he was granted a scholarship to attend The University of the West Indies, where he studied the sciences – biology, chemistry and physics.

After completing his Bachelor of Science with honours, Whinstanley – who had by then got married to Audrey Christine Evans, a union that produced two daughters – returned to Cornwall College in September 1970 and was appointed head of the Science Department.

In 1975, he was awarded a World Bank scholarship to study educational management and administration at the Moray House School of Education at the University of Edinburgh in Edinburgh, Scotland.

Whinstanley was able to apply his personal touch, and it soon emerged that he was not only an exceptional educator, but also a caring leader, who actively promoted the all-round development of his students while inspiring them to greatness.

Within a decade, the school emerged as one of the leading schools in music, winning numerous awards in festival and other competitions. Its renowned music programme produced stellar musicians such as reggae singer Benjy Myaz, top-flight bass player Taddy P and saxophonist extraordinaire Howard Messam.

Gina Haughton, a senior lecturer at Sam Sharpe Teachers’ College in Montego Bay and a past student of Herbert Morrison, says the late educator was much more than a just a principal.

“Mr Whinstanley was our beloved principal, but he was also like a caring father figure, who was always looking out for the best interest of his students. He created a teaching-learning environment where academics and extracurricular activities were treated seriously, so those students who were academically inclined felt just as at home doing sports, and those who were strongly into sports also felt inspired to do well in academics,” said Haughton, who was a top-flight netballer in her time.

“He was all about creating well-rounded students, who were given the self-belief that they could go out and conquer the world,” she told The Sunday Gleaner.

“Being an educator myself, I regularly draw on many of the wonderful things I learned from him while I was a student. He was a good role model, and I am positive that the vast majority of the students who had the privilege of falling under his guidance would have benefited from his wealth of knowledge and caring personality.”

A former co-worker who served at Herbert Morrison for many years also saluted the late educator.

“He made space for students who were underserved and had minimal options. With his will and steadfast determination, the school population grew tremendously. Under Lloyd’s leadership, Herbert Morrison became a school of choice and a force to be reckoned with. Herbert Morrison was, and still is, well regarded for its achievements in academics, the arts, sports, and music,” said the former colleague.

Herbert Morrison has emerged as a phenomenal nursery in a variety of sports, including include football, which saw it winning DaCosta Cup titles in 1986 and 1988, while producing national players such as the phenomenal Hector Wright; cricket, where they sparkled at the Headley Cup level, producing a national player in Dwight Meikle; netball, in which they won numerous titles and produced national players; and in track and field, where the school produced 2008 and 2010 World Junior 100m champion Dexter Lee.

Under Whinstanley’s guidance, the school also excelled in academics, producing numerous graduates who have successfully pursued careers in medicine, law, engineering and education, among other fields.

Prior to calling time on his career, Whinstanley travelled to several countries, including Cuba, Belize, and Guyana, where he represented Jamaica in numerous educational programmes. He also served as president of the St James Chapter of the Jamaica Teachers’ Association and was an esteemed justice of the peace.

Having cemented his place in the history of Herbert Morrison Technical, St James and Jamaica, it was considered a fitting tribute when the Government of Jamaica inducted Whinstanley into the Order of Distinction in the rank of Officer for his contribution to the nation.