Tourism influencer for Jamaica passes on 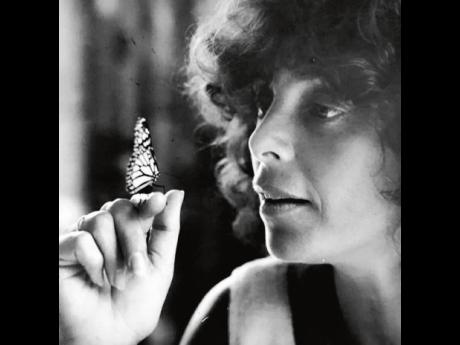 Hoffman, a native New Yorker and retired advertising executive, died in Chicago earlier this week from an undisclosed ailment. Her love affair with Jamaica began in Port Antonio in the late 1960s. It later moved to Hopewell, Hanover, at the Round Hill, where she learned to inhale all the beautiful Jamaican elements – the cuisine, the laughter, the resort lifestyle, the butterflies and especially the art.

In the early 1970s, her much acclaimed ‘bare bottom’ print ad to promote Jamaica’s tourism found traction with consumers. The ad also found a permanent home in New York’s Museum of Modern Art. And back then, Hoffman and her agency, Hoffman Mann, spoke to a new generation of American women, nudging them to let them know it was okay to throw a bikini in a bag and run away to a beach in Montego Bay.

MORE THAN A BEACH

Hoffman’s biggest impact on Jamaica came in the late 1970s when she created the We’re More than a Beach … We’re a Country advertising campaign to lure resistant American tourists to the island. The campaign was a response to diminishing arrivals to Jamaica in the late ‘70s when American travellers were sold on the narrative that Michael Manley’s friendship with Fidel Castro was a danger for travel. In response to the dilemma, Hoffman brought vibrancy to cultural aspects of Jamaican life beyond the beach. Her vision placed a Black Jamaican Rastaman flashing a Colgate smile on bus sheds across New York City, promoting destination travel. She was a passionate collector of Jamaican intuitive art, most notably, works by the extraordinarily gifted intuitive artist Sidney McLaren (1895-1979).

Hoffman was also an avid collector of favourite first-edition books, and she lists Vita Sackville-West and Virginia Woolf among her favourite authors. Her interest in butterflies is legendary. When time allowed, she would roam parklands looking for plants bearing tiny butterfly eggs that she would take home to hatch. When asked about this unusual interest, she responded: “I’ve always been drawn to them. Butterflies are incredibly strong and at the same time the most gentle creatures I know”, she revealed. “Growing up, I spent a lot of time in the country exploring the woodlands, and the butterflies were my friends”.

“Arlene Hoffman was a great asset to Jamaica in good and bad times,” Caribbean travel marketing executive Noel Mignott told The Gleaner. “She was in her own way a feminist, a flower child and a creative visionary and she will be greatly missed,” he added.

Hoffman also represented Lancome and Dannon, among other luxury brands. She is survived by her son, Jonathan, also an advertising executive, and other relatives and friends.