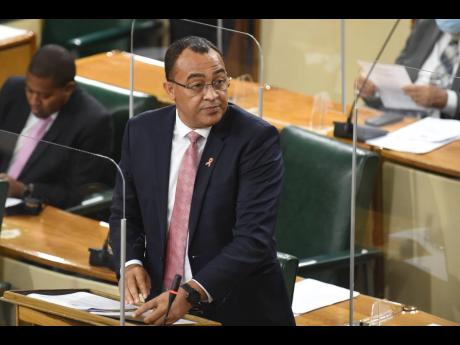 Several Westmoreland residents are not surprised that their parish has now emerged as the epicentre of the nation’s COVID-19 cases, including Custos Hartley Perrin, who is among those who are deeply worried about persons who are defying the Disaster Risk Management Act and attending parties and bike shows.

“I am not surprised because I have seen with my own two eyes the wanton abuse of the protocols that have been put in place to control the spread of the coronavirus,” Perrin told The Gleaner on Wednesday. “Some persons have simply thrown caution to the wind, saying COVID not keeping again, and are attending daytime parties and bike shows, which usually end to coincide with the start of the curfew period.”

In an address in Parliament on Tuesday, Heath and Wellness Minister Dr Christopher Tufton sounded the alarm on Westmoreland, stating that the parish, which currently has 91 active cases of the deadly virus, had become an area of great concern after registering a worrisome 102 new cases of COVID-19 and some 12 deaths over the past two weeks.

The parish’s health department has been on a relentless campaign with recent weeks to sensitise the public about the importance of wearing masks, social distancing, and sanitising. However, it would appear that the message is falling on deaf ears as when The Gleaner visited some Westmoreland communities on Wednesday, even persons who were seen wearing masks were expressing some amount nonchalance as it relates to being infected by the virus.

“I don’t believe it is as dangerous as they are making it out to be because I see people going to parties and doing all kind of things and I don’t see a lot of them dying,” said Dawn Brown, who had to be urged to keep on her mask as she spoke to The Gleaner team. “Like Buju seh, who fe dead a go just dead … but me still a wear a mask whenever mi leave mi yard.”

Concerned about the nonchalant mindset of especially the youngsters, the custos believes a more robust education campaign is needed because he is not convinced that many persons are fully understanding of the danger the virus poses.

“We need more education, we are trying but we must do more … we need to get the message across to business operators that they have to hold fast to not serving persons who come to their business places without masks,” said Perrin. “We have to stop the parties and other gatherings in defiance of the law.”

According to Dr Marcia Graham, the medical officer of health, her team has been quite busy in the field, using various methods to get residents to become compliant. However, she concedes that, with communities such as Little London, Grange Hill, and Negril seeing a spike in cases, there is now a need for greater compliance among residents.

“We are working hard to educate members of the public … we need them to understand that if they don’t follow the protocols, they are putting everybody at risk,” Graham told The Gleaner. “With some 91 active cases in the parish, people cannot afford to be careless. We must follow the protocols at all times.”