Westmoreland's most wanted captured by police in Manchester 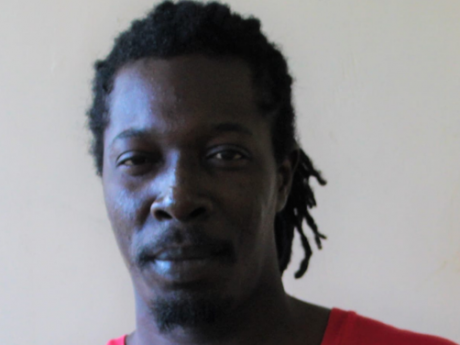 The man deemed Westmoreland's most wanted, Everton 'Chucky' Silent, has been captured by police.

The 30 year-old was arrested during an operation in Manchester on Wednesday, the police say in a release. They did not disclose where in the parish he was caught.

The police say at about 5:30 p.m. on November 29 last year, Silent and his co-accused, Odane Irving, rode up to Pryce on a motorcycle and opened gunfire hitting Pryce all over the body with bullets. Pryce was taken to hospital where doctors pronounced him dead.

Irving turned himself in to the police on December 4, but Silent remained at large until Wednesday when he was arrested.

Silent is the second wanted man to be caught by the police in Manchester recently.

Last month, 26 year-old Fitzroy Coore, also called 'OJ,' who the police described as a key lieutenant in the Lion Paw gang operating in Effortville, Clarendon, was killed during an intelligence-driven operation in May Day, Manchester, the police reported. Coore was also a member of the Bucks Common or Bucknor Gang.

A woman, with whom he was staying, was also arrested for harbouring a fugitive.

Silent and Irving have been charged with murder and illegal possession of firearm and ammunition. The date for their court appearance is being finalised, the police say.