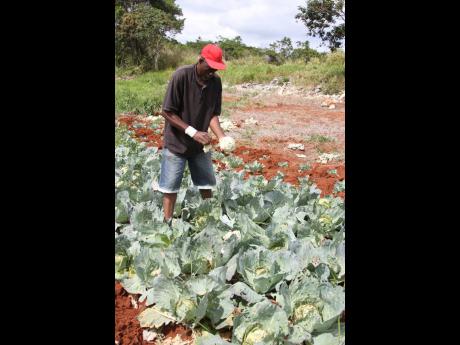 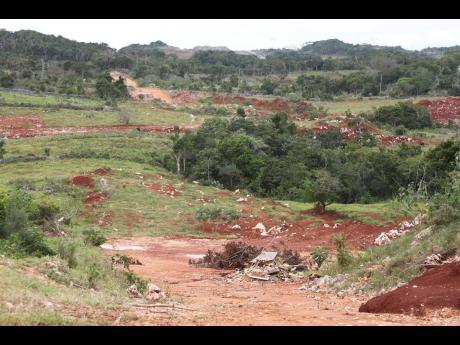 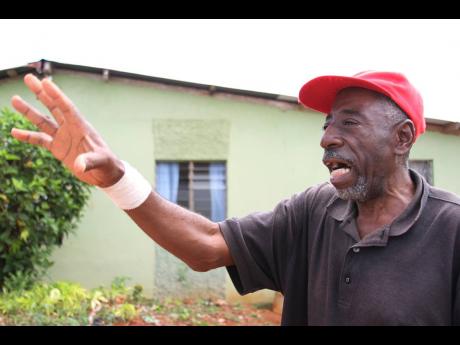 Two years ago when 59-year-old Warren Swaby received news that a bauxite company would be mining near his home, he knew that things would never be the same.

However, he was not prepared for the debilitating effects that have persisted.

Swaby laments losing thousands of dollars from his farm in Daley’s Grove and now contends with an inability to continue large-scale cultivation because of the deterioration of arable lands.

He farms on lands owned by bauxite interests, which were originally purchased from residents. He is among many ruing that trade as a bad bargain.

The farmer, who said he supplied yams to the export market in the past, claims that he and his brother lost approximately 2,000 yam hills when lands were cleared for mining.

With the crop revenue estimated at J$1 million, Swaby said he only received 12 per cent of the value in compensation. There was a crop yield of around 30lb per yam hill, he said.

“... If they should pay us according to rate, they would have to pay us by the hill for all of what was there ... ,” said Swaby. “If they had paid at the market value, I would have been able to purchase items [for replanting].”

Swaby said that bauxite is to blame for his respiratory challenges and significant damage to his house. Dust nuisance inflames his sinuses, forcing him to buy over-the-counter and prescription medication. When heavy machinery does excavation, he reports almost suffocating, even when he locks himself inside his house.

Medication and a trip to the doctor could cost him approximately J$8,000.

“Sometime when [my sinus] is triggered, the over-the-counter medication cannot help. You have to get antibiotics,” he told The Gleaner.

The Jamaica Bauxite Institute (JBI), which has governance oversight of the industry, is responsible for monitoring the aluminium sector and implementing community- development programmes in conjunction with mining interests.

The JBI has not answered requests for comment solicited weeks ago.

Bauxite dust is a source of grievance across bauxite communities in central and western Jamaica. Clothes and furniture become reddened with the plague.

Swaby revealed that he received compensation of more than $200,000 for dust nuisance. Now he views that as chump change compared to his suffering.

He blames bauxite dust as the source of deterioration of his roof. His grilles are suffering the same fate.

The farmer has replaced a section of his roof but still needs at least 30 sheets of zinc to complete the reno.

“The dust is murdering us even when they stop mine. Anytime the truck pass on the haulage road, the dust still coming over here ... . It’s bad, man!

Swaby strongly believes that the Jamaican Government has not been proactive in preserving the welfare of rural folk. Systems of review were implemented years ago, but Swaby and other residents of Manchester report that there appears to be no effective checks and balances on mining companies.

He argues that mining should not take place within the proximity of homes. That red line should be more than 100 feet away, he said.

“Anytime you see them reclaim this land, you must come back and see,” said Swaby. “You won’t see a level land right across. Jamaica is hill and gully ride.”

Chairman of the Jamaica Environment Trust (JET), Diana McCaulay, said the main finding of the organisation’s recent study on the bauxite-alumina industry revealed how little effort has been made to collect information on the effects on communities.

“They (Government) have not tried to find out how public health, crops, livelihood have been affected by bauxite. We couldn’t find out how many people have been displaced, how small farming has been affected ... . We could not get the information to verify the rehabilitation that the Jamaica Bauxite Institute (JBI) points to ... .”

McCaulay said JET is hoping to arouse interest in the public and private sector and cause the Government to pay keen attention to the impact of bauxite mining.