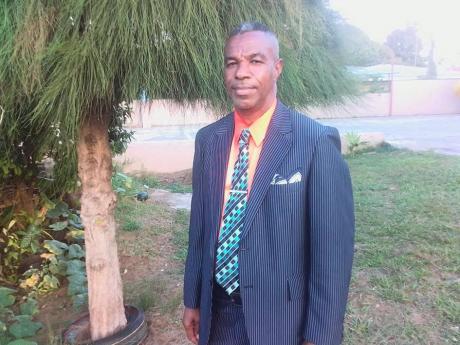 Contributed
Donovan Bent, Pastor of the Mandeville Church of Christ.

“Take special note of anyone who does not obey our instruction in this letter. Do not associate with them, in order that they may feel ashamed. Yet do not regard them as an enemy, but warn them as you would a fellow believer” 2 Thessalonians 3:14-15

IT IS a Bible-based policy of the Church that members whose actions are in direct contravention with God’s law be warned, and later, if necessary, restricted from actively participating in church.

However, while the act of disfellowshipping is often perceived as a public embarrassment to those involved, Pastor of the Mandeville Church of Christ Donovan Bent said its main purpose is to encourage restoration.

“We don’t just disfellowship a member because they committed an act. It is done in stages. It also comes with the magnitude of the act … .”

He said that those who hold higher offices in the Church can be met with greater penalties than those who are just regular members.

“If the leader or a member does something publicly and it is known, even if he comes back immediately and repents, you would still have to give him a time from his duty until he has proven that he has learnt from his mistakes and he will never go back there … .”

He said if a member or leader commits an act that is made known to another church leader, but not yet made public, the member can be pardoned immediately if they are contrite.

Bent said if the member refuses to listen to the church, according to the Bible, the member must then be disfellowshipped.

While many refer to the act of disfellowshipping in colloquial terms as ‘back benching’, Bent said the practice of having those in contravention stay in the back or on the sidelines is biblically justified.

“1 Corinthians 5:1-2 says, ‘It is actually reported that there is sexual immorality among you, and of a kind that even pagans do not tolerate: A man is sleeping with his father’s wife. And you are proud! Shouldn’t you rather have gone into mourning and have put out of your fellowship the man who has been doing this?’… he would have committed an act that would have put him away from everything.”

Bent said there is no timeline stated in the Bible as to how long the process of restoration should take, but he said the body of church leaders determine, based on the circumstances, how long the individual should be away from active duty.

The pastor for approximately 30 years said in his experience, the ratio of persons who return with a contrite heart and resume active duty is far less than those who leave the congregation to join other churches and even different faiths.

“To continue their lives and maybe to hold a low profile, they move. Sometimes because of how the situation was dealt with, they won’t return to their congregation. It is a part of punishment to have them do better. It’s like punishing a child, not to abuse them, but to ensure they don’t do it again.”

While other faiths encourage rebaptism to reintegrate a member, Bent said it is not a necessity.

“The Bible says one faith, one baptism. Once you have been baptised into Christ, there is no need for a rebaptism. The Bible never said that each time a member backslides, he must be rebaptised.”