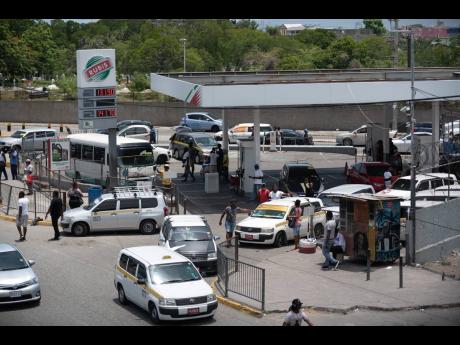 A key recommendation made following the deadly inferno was that no bus or taxi should be parked at service stations, but up to last week taxis and Coaster buses were seen loading and offloading at the Texaco near the Spanish Town shopping centre in St Catherine and the Rubis on Eastwood Park Road in St Andrew. 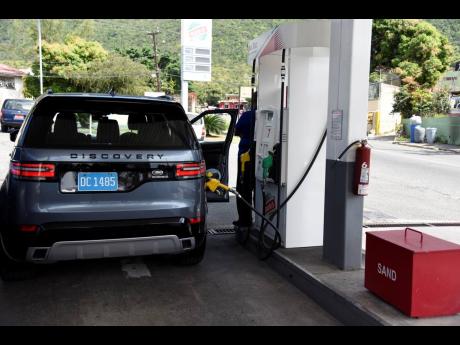 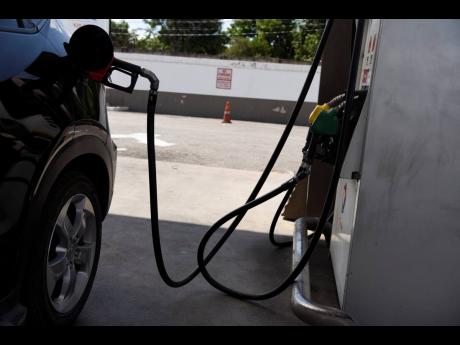 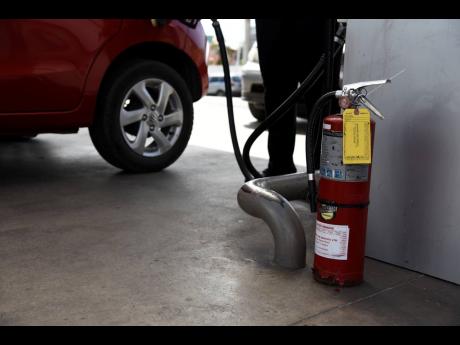 Nicholas Nunes/Photographer
For the most part, safety practices were adhered to at service stations The Sunday Gleaner team visited, and fire extinguishers were visible at most pumps. However, at some locations they were not so vigilant.
1
2
3
4

A raft of enhanced safety measures has been implemented through direct training at several service stations across the island, significantly improving the level of compliance, following the deadly tragedy at the Heaven’s Fesco Service Station in Mandeville, Manchester, a year ago.

According to president of the Jamaica Gasolene Retailers Association (JGRA), Diane Param, the tragic incident – which injured seven persons, one of whom died, and caused extensive damage to property and approximately 12 vehicles – was a wake-up call and the sector has been more vigilant ever since.

“Safety across the sector has improved significantly. What we have been doing now is each time we meet with the minister, we go on a educational campaign regarding safety,” Param, who took office in October 2020, told The Sunday Gleaner.

“Prior to the fire it was lax, but subsequently there have been significant improvement. I must also add that the marketing companies have also been working with the brands in order to improve safety at the locations.”

On the evening of Friday, February 21, 2020, a series of unfortunate events led to a massive explosion at the Heaven’s Fesco gas station located at the intersection of Perth, Manchester and Caledonia roads in Mandeville. A 59-year-old mechanic and pig farmer, Daniel Farquharson, died as a result of injuries received in the incident. Additionally, it resulted in over $100 million in damage.

Following investigations, no one was held liable for the incident.

The catastrophe ultimately placed safety practices within the retail petroleum sector under the microscope. Stakeholders in the industry were put to task by the Government through the energy ministry, which has direct responsibility, to get their act together and demonstrate a higher degree of safety standards to prevent a recurrence.

Fayval Williams, then minister of science, energy and technology, said a safety inspection conducted at the Heaven’s Fesco Service Station in September 2019 found that the facility “was perfect in its operations”.

During a visit to the location a day after the fire, Williams called on players in the service station business to ensure that their staff has the requisite training, so that they can effectively respond in similar situations.

Rubis retail manager, Wayne Wright, said they have instituted training for their core staff twice per year to promote fire safety at its service stations across the island. The training sessions are mandated by the company independent of any requirement from local industry regulatory bodies.

The most recent was completed in October, which he said resulted in over 500 employees receiving basic firefighting and fire safety training.

“We include the firefighting training because our aim is to protect life first and property second. A fire that is out of control at a gas station can cause serious harm. Our training equips our teams to arrest the fire before it gets to a stage where it is uncontrollable,” Wright said.

The Sunday Gleaner team went on a recent probe, examining the operations of 20 gas stations within the Corporate Area and Spanish Town.

For the most part, safety practices were adhered to, and fire extinguishers were visible at most pumps. However, at some locations they were not so vigilant.

A key recommendation made following the deadly inferno was that no bus or taxi should be parked at service stations, but up to last week taxis and Coaster buses were seen loading and offloading at the Texaco near the Spanish Town shopping centre in St Catherine and the Rubis on Eastwood Park Road in St Andrew.

Signs were on display at the aforementioned Texaco, stating that drivers should keep their gas purchase tickets to be allowed to park on the inside, near the pumps.

Following a Gleaner story, ‘Passengers courting danger at gas stations’ on February 28, 2020, which showed that even after the fire in Mandeville, the practice of public transportation loading and offloading was still evident at the Total gas station at 11A Constant Spring Road in St Andrew, the practice was discontinued. The station also did some refurbishing, where taxis are now stationed in a different area away from the pumps.

Led by Senior Superintendent Jacqueline Coombs of the St Andrew Central police, the Public Safety and Traffic Enforcement Branch had a part to play in the enforcement. There is now a sense of order at that usually busy section of Half-Way Tree.

Up to press time, neither Total Jamaica nor new Energy Minister Daryl Vaz had responded to questions from The Sunday Gleaner.