Jamaica achieves 36 per cent of targets under Vision 2030 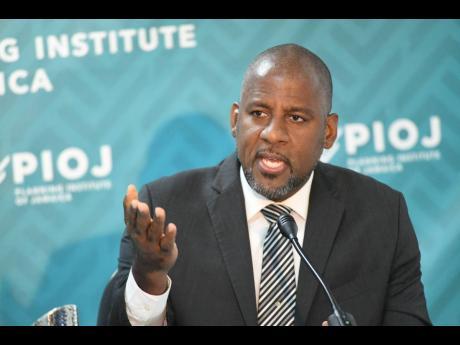 Jamaica has achieved or exceeded 36 per cent of its targets under Vision 2030 Jamaica, the Jamaica Information Service reports.

The country's progress under the plan was disclosed during the Planning Institute of Jamaica's quarterly press briefing, earlier this week.

Vision 2030 Jamaica seeks to position Jamaica as a developed country by the Year 2030.

PIOJ's director-general, Dr Wayne Henry, in reporting on 11 years of the plan’s implementation up to 2019/20, said that gains have been made across all four goals.

The goals are focused on ensuring that:

Henry said among the areas where advances have been made are human capital development; macroeconomic stability; reduction in unemployment; and increased use of non-fossil fuel-based energy, such as alternatives and renewables. Governance, particularly in government effectiveness; economic growth in some industry structures, particularly tourism, manufacturing, and finance and insurance services, as well as infrastructure development and housing quality, have also progressed under the 2030 plan.

He noted that over the period “there have been areas of challenges, owing to insufficient progress and/or development losses."

These include low levels of economic growth; an increase in the rate of chronic non-communicable diseases; a fall in environmental sustainability; and inadequate levels of competitiveness and earnings in key economic sectors.

Henry said although Jamaica’s score on the Ease of Doing Business Index has improved, there is need to advance the country’s ranking in this area.

Additionally, he noted that while Jamaica maintained its position in the second-tier High Human Development category of the Human Development Index (HDI), recorded gradual increases over the period of the plan’s implementation, and maintained a score of 0.734 for 2017-2019, the country lost an average of two points in its ranking for the period 2014-2019.