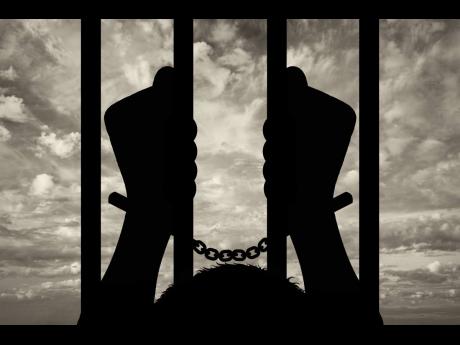 Daisy Raymond is at the centre of a child-custody saga.

A grandmother facing nine months in prison arising from an international child custody battle has failed in her last-ditch attempt to have the sentence lifted.

Daisy Raymond was sentenced in the Supreme Court last December after she failed, over a two-year period, to comply with two court orders to return her then six-year-old grandson to his father in Jamaica.

Raymond had taken the child to her daughter and the boy’s biological mother, Lacy-Ann Raymond, in the United States in August 2018 under an agreement that she would return him to his father the following month, according to court documents obtained by The Gleaner.

But she returned to the island without the child, triggering a flurry of legal action by the child’s father, Desmond McKenzie, to be reunited with his son.

Daisy Raymond’s nine-month sentence was suspended for three months to allow her more time to try to convince her daughter to return the child. That period expired on Monday.

But without complying with the order, the retired teacher, who resides in Portland, retained a new attorney and filed an application in the Supreme Court seeking to have the nine-month sentence discharged.

She indicated, in an affidavit filed in support of the application, that since the first order by Justice Gloria Henry-McKenzie on November 29, 2019, she has made several unsuccessful attempts to contact her daughter.

“I do not know where the second defendant [Lacy-Ann Raymond] and/or the minor currently reside and do not know how to locate them,” she said in the affidavit filed last month that was seen by The Gleaner.

Noting that the three-month grace period was about to expire, the retired teacher pleaded with the judge not to send her to prison.

“I will suffer severe hardship and prejudice if the order sentencing me to imprisonment is not discharged or set aside,” she said, acknowledging that if her application is not heard by March 1 she will be imprisoned.

But the Supreme Court, in a decision handed down last Wednesday, said it found no basis to discharge the sentence.

Under court rules, Desmond McKenzie must now apply for an order to enforce the nine-month sentence.

His attorney, Lorenzo Eccleston, indicated on Tuesday that enforcement of the sentence would be the next step.

“Having failed to obey the order of the court, the only way forward now is enforcing of the suspended order,” he told The Gleaner.

Desmond McKenzie insisted, during an interview with The Sunday Gleaner last December, that causing an elderly woman to languish in prison was not part of the plan when he began his legal fight to be reunited with his son.

“That was not what I set out for and that was not the intention to send anybody to prison. My intention was just to get the return of my son,” he said.

“This is just a last resort.”