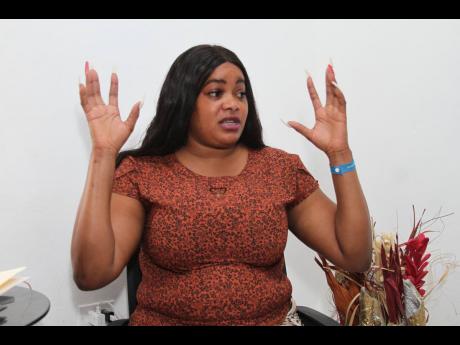 Nathaniel Stewart
Margaret ‘Anna’ Rumble from Williamsfield, Manchester, who operates the ‘Blessings have to flow’ online charity, explains the inspiration behind her work. 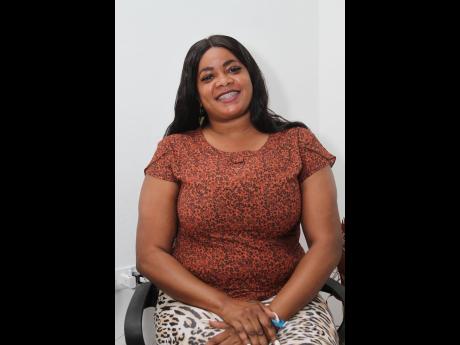 Though she has a larger-than-life personality and a spark in her smile that lights up a room, one would not, upon first glance, picture 32-year-old Margaret Rumble as a woman whose main area of concern is soliciting funding to help impoverished citizens across Jamaica.

But Rumble, more popularly known as ‘Anna’, on an average day can be seen hosting a live broadcast on her social media pages, seeking assistance for needy citizens, hosting treats and travelling to various parishes to make donations.

The Kingston-born philanthropist who grew up in Trelawny and later took up residence in Manchester, said her drive to live selflessly was as a result of the hardships she endured and the values instilled in her by her grandmother who raised her.

Shipped off on a market truck from Kingston by her mother to live what was hoped to be a better life with her grandmother in Trelawny, Rumble said she learnt life lessons under the harshest of conditions.

“I had no shoes. I went to school barefooted. Sometimes a people shoes mi grandmother get and she give it to me, but by the time I get it, it a tear off and drop off a mi foot. I didn’t have a school bag, I used a scandal bag to put my books in and I got half of a book and half of a pencil …”

Rumble told The Gleaner that her initial charitable efforts surrounded getting school supplies for children, as she lacked the necessities growing up and only learnt to spell her name at age nine, having started school at age six.

She said knowing what true hunger feels like has also fuelled her drive to help provide food for those without the precious commodity.

“Sometimes I only ate once per day, and so I know what hunger feels like. My grandmother used to cook late, so we got the food late in the night. In the morning she would fry the leftover food; and if she didn’t have any oil, she would roast it and we would drink hot water if there was no sugar for tea.

“In the charity, I always make sure I have food. If somebody calls me right now and say they want food, I have food to give them.”

From as early as age 14, while some of her counterparts had the luxury of parents who were able to provide all they needed, Rumble said she had to find a way to earn, and, even then, she was still thinking of others.

“Around the age of 14, I started charging a little fee for kids to come on Sundays for me to wash and comb their hair, but some of them didn’t have the money and I would still do it for them.”

She added: “I used to work as a bartender at 17 and when I worked, if a child needs a school bag, school shoes, or lunch money I would give them, because I am a giving person.”

Rumble said she recognised the needs that existed were much more than she could fund and it was important for her to use her platforms to highlight the plight of those who sought her help.

From clothes and food drives and back-to-school treats, Rumble was able to magnify the efforts of her charity through the donations of persons overseas, to the point of building and renovating homes for the less fortunate.

Admitting the difficulties associated with this turn her life has taken, Rumble said it can be very hectic operating a charity and has considered stopping as a result of the insults, and the overwhelming nature of the initiatives.

“It can be very draining - sometimes persons call [at] 1 a.m.; people give out my personal number; sometimes the people make the kids call; some persons are very disrespectful. Sometimes you have people on Facebook who make comments that are very distasteful, and it’s always a woman trying to tear down another woman.”

Rumble said she has been falsely called a scammer, accused of robbing elderly persons of their donations, and using funds to satisfy her personal needs and that of her friends.

“I do have a job outside of charity because charity doesn’t pay. People are always asking me what I do and I wish not to disclose that. It’s always the people who are not donors who make these accusations.”

Encouraged by the words of her grandmother to spread love across the world, Rumble said she will continue to lobby on behalf of those who are in need.

Her final charge was to persons who are in the position to give back, to acknowledge that blessing and pay kindness forward, as the tables in life can turn.