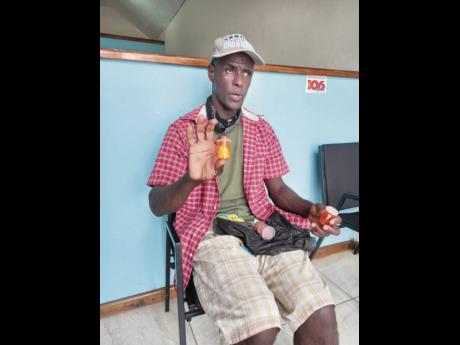 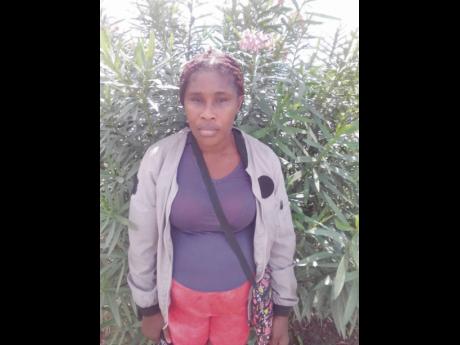 For the past two years, 46-year-old Jermaine Walker said he has had to structure his life to ensure that his girlfriend of over five years is either always with him or being supervised by someone responsible, due to her mental illness and tendencies to wander.

But on Friday, for a few minutes, Walker was not able to fulfil that responsibility and his partner is now missing.

“I just left her at the house to run to the supermarket on Mandeville Plaza, which is just around the corner, to buy something. Because the rain was coming down, I didn’t lock the grille and I left her eating. I didn’t think she would leave.”

Upon his return, Walker said he found the grille open and his girlfriend, 33-year-old Andrea Gayle, was nowhere to be found.

“I walked out the entire Mandeville town and I couldn’t find her. I went to the police station and they told me to go to all the places she normally visits when she leaves the house ... and nothing. I went to Santa Cruz on Sunday and was there from 5 a.m., searching for her because someone told me she could be there, but nothing.”

Walker said though a missing person’s report has been filed for Gayle on numerous occasions, he now needs all the help he can get to locate her and get some assistance to put her into a mental-health institution.

“The last time I found her on the street, I had to spend a lot of money to take her to the doctor because she catch all sorts of ailments. I just want to protect her. I braid her hair; I do everything for her, but I can’t afford financially to put her in a private institution, and that is what she needs now.”

Having been to Bellevue to seek admission for her, Walker said he was told that her condition did not warrant admission there, and that he would need to seek the services of a private facility.

But with his meagre, seasonal earning from work as a chef and making floral wreaths, Walker said he is now overwhelmed.

“I went to a facility in Kingston and they said it costs $30,000 per month to take her in. I wouldn’t know where to find the first cent. It’s just me and her now. Her mother is not strong enough and I am pretty much on my own as I don’t have the support from my own family.”

Walker told The Gleaner that he and Gayle share two children who are now in state care due to their mother’s mental instability, but hopes he will one day be reunited with them and give their mother the help she needs.

“When I met her I didn’t know of her mental-health challenges, but I think it got worse after she had our last child. I was told she had twins and they were taken from her, and that caused her to go off [mentally ill] but I simply cannot leave her, a me babymother. I have to stand up to my responsibility, but I just need some help to do it.”

Walker added: “I can’t sit comfortable, waiting on the police to do no more than put out the picture. I have to find her and I will not stop until I find her. Me can’t know say she out there and possibly being abused and me just sit down ... that’s why I am here.”

Pressured by the tasks he was not trained to perform, Walker said he felt helpless even administering the medication, as his girlfriend was always defiant.

“I asked the mental health clinic to prescribe something stronger for her, but they said they couldn’t do it. Because she wouldn’t take the capsule, I had to open it and put it in her food. I even knead it in dumpling and also put it in her juice. However, I feel like the meds are not strong enough.”

Walker said he has adjusted to the routine of hiding the house keys and ensuring that he doesn’t fall asleep before she does – a life he said he is better able to contend with than one without knowing Gayle is safe.

“I haven’t eaten since she went missing. I cooked some food the other day and today when me go on the road and come back me just throw it out. Me just mixed some juice and me a go back on the road to find her. I know I will find her and I am just asking for help to get her into a facility.”