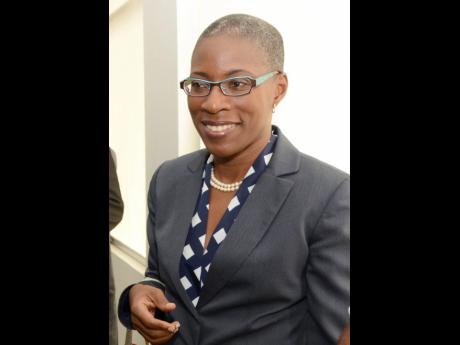 The Jamaican Bar Association has urged a joint select committee now reviewing the National Identification and Registration Act (NIDS) 2020, to set out in the proposed law or the regulations, the chain of custody of information that is disclosed to the police in a case where the court grants permission for this disclosure.

In her submission to the committee, Carlene Larmond, a member of The Jamaican Bar Association, said that the proposed law did not specify who would have access to the data once disclosed.

While acknowledging that the current NIDS Bill indicates that there would be disclosure to an officer of a particular rank, it was not clear whether the information would only be accessible to the individual to whom it was disclosed. Further, she wanted to know whether the information would become part of a file that would ultimately pass through the hands of persons who were dealing with the particular matter.

Larmond noted that if the officer who received the information retired from the police force or had died, there should be some kind of mechanism to ensure that the confidentiality and the secrecy with which the information was held would be properly maintained and passed to another person handling the case.

Commenting on Section 29 of the bill that deals with search and seizures, the attorney said that the proposed statute should include clear provisions to protect legal professional privilege.

She noted that based on Section 29 of the NIDS legislation, a constable who has reasonable grounds to suspect that there is an item of substantial value to an investigation may obtain a warrant to conduct a search.

The bill also indicates that nothing in this section or in a warrant issued under this section shall be construed as authorising the seizure of anything that is subject to legal professional privilege.

However, Larmond said that there was no clear provision to effectively protect this privilege.

Pointing to a recent decision of the Court of Appeal in The Jamaican Bar Association versus the Attorney General and the General Legal Council, Larmond said that legal professional privilege was a fundamental right enjoyed by all citizens. “It is not expressly provided for in the Constitution, but it is implicitly enshrined in the provisions which guarantee the rights to legal representation and the right to privacy.”

In that regard, the Jamaican Bar representative indicated that while it might be understood that a justice of the peace should be able to look at the information and determine if legal professional privilege applied, that would not be sufficient.

“It would be our respectful view that there should be some clear statutory guidelines which that justice could follow, if we are using a justice; but it is our recommendation that there should be judicial intervention at the level of a parish court or Supreme Court judge.”