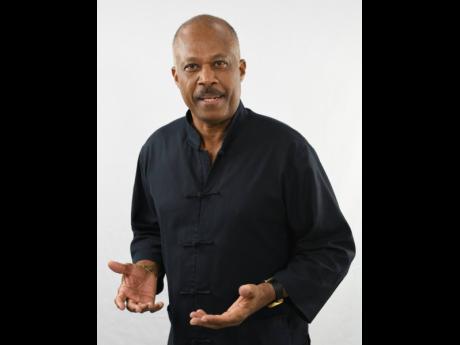 Senior Staff Reporter A judgment is yet to be made on whether Professor Sir Hilary Beckles will continue as vice chancellor of The University of the West Indies (UWI) amid a bitter, racially tinged debate over whether the respected historian is...

A judgment is yet to be made on whether Professor Sir Hilary Beckles will continue as vice chancellor of The University of the West Indies (UWI) amid a bitter, racially tinged debate over whether the respected historian is suitable to drag the region’s foremost tertiary institution from financial ruin.

“That matter has not been concluded. There has been no decision,” said Dr Maurice Smith, the university’s registrar, pointing out that the final say will be had by the University Council, the highest decision-making body of the institution.

Asked specifically whether the appraisal of Beckles' performance since he became the executive head of the university in 2015 has been completed, Smith replied: “That entire matter is still under active consideration from the University Council.”

The council is chaired by Trinidadian businessman Robert Bermudez, the ceremonial head of the UWI, who has been be subject of scathing public commentary for allegedly pushing for Beckles’ contract not to be renewed for an additional five years.

There has been tension between the top two leaders over the direction of the 73-year-old institution, which serves the Caribbean Community (CARICOM) region of over 18 million.

Things took a turn for the worse following the July 2020 publication of a governance report recommending increasing students’ tuition contribution to 40 per cent from the current 20 per cent, with the rest of the economic costs of running the university funded by CARICOM governments.

The document, which has warned of financial ruin, also slams the university for maintaining a “dysfunctional” corporate governance structure and for not holding managers accountable for non-accomplishment of goals and objectives because UWI does not have performance metrics in place.

The recommendations, which some argue weaken the powers of the vice chancellor while giving the chancellor more, include the abolition of the Finance and General Purposes Committee and the establishment of an executive committee to be headed by the chancellor.

The report was commissioned by Bermudez, who, in 2018, appointed a nine-member panel chaired by Sir Dennis Byron, a former president of the Caribbean Court of Justice, to examine the UWI’s systems.

Beckles’ supporters claim that the report is being used by the chancellor to block the contract extension, a view that has been rejected by Byron, who was forced last week to issue a video statement on the matter.

He said the commission has noted an “orchestrated campaign” that has “conflated its findings and recommendations with matters related to the tenure of the vice chancellor and has proceeded to impute improper motives to our work”.

“At no time has the chancellor engaged with the commission or sought to direct its work in any manner other than by his provision of the terms of reference on the appointment of the commission,” he said.

Added Byron: “We express the strongest displeasure at the insinuations and, in some cases, the overt personal attacks — some laced with racial invective — directed at the chancellor, and reject these unfounded allegations that he influenced our work and inquiry in any way.”

In a scathing opinion piece published by the Trinidad Express in January, Trinidadian academic Professor Selwyn Cudjoe said that from 2017 when Bermudez was appointed, he did not believe the businessman was fit for the job as chancellor.

“Chancellor Bermudez wishes to change the university governance structure to an executive chancellor of the university,” he wrote critically while noting that Beckles has transformed the UWI into a “top global university in terms of academics” .

“We in T&T should do everything in our power to guarantee and protect the work that UWI has been mandated to do. This is not simply an academic matter. Doing its work efficiently involves the salvation of black and brown people in the Caribbean,” added the US-based professor of Africana studies.

Reports have also emerged that more than 140 academics, mainly from the universities and colleges in the United States and the United Kingdom, have written to the University Council, warning that not reappointing Beckles could threaten the institution’s reputation.

Among them is Professor Anthony Bogues, who recently said in a Gleaner column that the report needed to “wheel and come again”.

“The report does not have a sense of a vision about where the university might go, nor how it should navigate itself in this changing landscape. Instead, one is presented with a set of administrative reforms, some of which may be necessary; others not,” said Bogues, who is based at Brown University in the United States.

On Monday at 10 a.m. Beckles is due to address the media on the state of the UWI.

He will “will outline the vision, leadership philosophy and road map to solidify the future for The UWI and the Caribbean”, noted a press statement from the university.