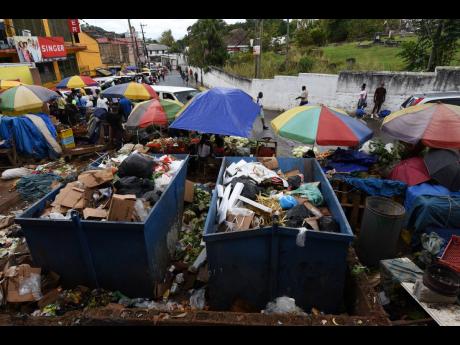 Ian Allen/Photographer
Vendors at the Brown’s Town Market ply their wares amid skips overflowing with garbage. 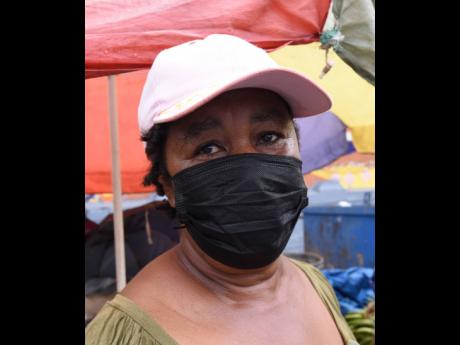 Ian Allen/Photographer
Taniesha, a vendor, has sounded the alarm about oversize rats at the Brown’s Town Market.
1
2

Chairman of the Commercial Services Committee at the St Ann Municipal Corporation, Councillor Ian Isaacs, has pledged to solve the garbage woes at the Brown’s Town Market under the $15-million refurbishing exercise currently under way.

Isaacs, as committee chairman, has responsibility for markets in the parish.

The skips near the market entrance are sometimes overflowing with garbage, with the crisis worsened by vendors encroaching on the street to sell foodstuff next to the heaps of refuse.

“As part of the refurbishing, the garbage skip is to be moved to the left. We will be repaving that area (where the skips currently are) to accommodate parking. There will be no vending, period,” Isaacs told The Gleaner.

Isaacs said that higglers are already being sensitised about the move to facilitate a smooth transition.

“The skip right there has been an eyesore because Tom, Dick and Harry carry their garbage and dump there, so it’s not only the market garbage alone,” he said.

On Thursday, the eve of the first of three consecutive weekend lockdowns, vendors appeared unconcerned about health and safety as they sold foodstuff next to mounds of garbage, which is also a breeding ground for rats.

A vendor, who gave her name only as Taniesha, said that she preferred to sell outside the market, in the vicinity of the skips, because that area offered better access to buyers than trading inside. Her stock includes vegetables and ground provisions.

She insisted that her food was clean and that buyers needed not worry about safety.

Still, Taneisha raised concerns about what she termed “big rats” that scavenge at night.

Isaacs reiterated that those concerns would be addressed during the refurbishing exercise.