Debate between Church and State is nothing new 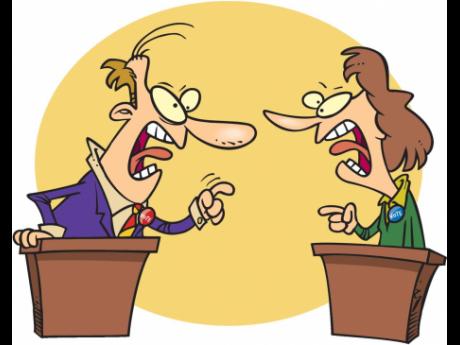 The latest measures implemented by the Government to contain the spread of the deadly coronavirus has had some members of Christendom up in arms as they view it as an attack against the Church.

Recently, a St Ann pastor, Peter Chambers, was arrested after he was caught on video lambasting the Government for the new measures that was imposed on the Church as a result of the COVID-19 protocols, and for allegedly uttering words that were deemed threatening.

Camara Rowe, senior pastor of Living Remnant Apostolic Church in St Elizabeth, shared with Family and Religion that the Church and the State being in conflict is really nothing new.

Weighing in on what he refers to as “palaver taking place with relation to protocols set up by the Government of Jamaica”, Rowe said it is affecting every single human on Earth in one way or the other.

“What I find interesting, though, is that many seem to think that this parade of view and/or debate between Church and State is somewhat new and that it may lead to massive worsening of relationships within society and the Church. What is taking place may be healthy for both Church and State as both aspects of this great nation will have to find common ground that both can stand on,” he shared.

Admitting that the process can be quite laborious as the willingness of spirit to sit and have frank discussions may prove difficult, especially in these times, he said wisdom still dictates that while there might be “crushing exchanges” as perhaps used by a particular member of the cloth, we still have to “trust the process”.

Pointing out that there need not be wars and rumours of war between State and Church, Rowe said they both can learn from the viewpoints of each other.

“We must never consider that heated exchanges only bring malice, but that for the wise it raises pros and cons. Proverbs 1 vs 20-22 tells that wisdom in everything we do is necessary, and that possibly out of that comes knowledge which only fools reject.”

According to Rowe, the very literature that Christians use as their guide points to the fact that factions were always at each other. The Pharisees and the Sadducees were two different sects who continuously opposed each other, as one sect claimed mosaic authority for their interpretation of Jewish laws, while the other felt they “had the biscuits” on priestly and religious privileges and prerogatives since the days of Solomon.

Taking it to present day, Rowe said one side knows the laws and the judiciary and the other side knows about religious practices, with the sad thing being neither of the two is 100 per cent correct and are unable to work themselves out with all the knowledge available to them. To compound it all, he said, many are stuck in their own follies and can’t see outside of their speciality.

Going back to biblical times, Rowe highlighted what eventually unified them. “Behold! They found out there was one way to get rid of Jesus and that was by uniting forces. Although they still came up with the wrong idea, the reality is that working together produce ‘fruit’.”

Rowe said the wisdom that is crying out in Jamaican streets today is “if the State and the Church could work together; it will have to produce from it. There need not be this level of legalism on either side. The aim on both sides is to save lives.”