Former street child, ward of the state and gang member shares how God rescued her from prison and death – Part 1 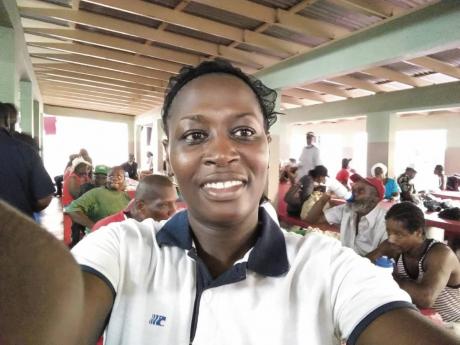 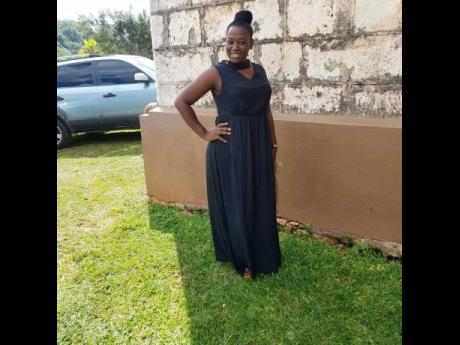 From all indicators, she should have been six feet under, having had to bounce it on the streets after running away from state care to fend for herself, mixing with the wrong crowds and ending up on the wrong side of the law.

Forty-two-year-old Nickiesha Morgan had to learn from early the responsibilities of self-management when poverty and her mother’s mental challenges rendered her incapable of caring for the children.

“Growing up was very rough and being in and out of state care made it even worse. My only memory of family is at age three when my baby brother drowned in a bucket of water my mother kept in the house. My mother was at the dump as usual looking our food, clothes and also things to sell, I assume. It was then that I was taken into state care and it was hard for me there.”

Morgan said she soon realised that no family was coming to ‘rescue’ her and she made what she thought was the best decision.

“I ran away with the big girls and became a street child all over Kingston, St Andrew, Spanish Town and even Montego Bay, sleeping in the market, and at times I would find other children and even go home with them in various communities.”

Soon enough, Morgan was caught and brought back to state care and made to relive what she described as the horrors of being where she didn’t want to be.

But that was not for long as the wild child was back on the streets, but this time with the intention to do everything in her power, no matter the cost, to survive.

“I bottled my pain, anger and bitterness and I thought vengeance belonged to me. I developed a defence mechanism to protect myself and others around me and I decided to become a tomboy and a gang leader of the street boys. We wiped windshield at Three Miles, Half-Way Tree and as far away as Ocho Rios. We washed cars that were parked downtown on the waterfront. When in Kingston, we fed off the dump at times, hopped boiler trucks, begged at KFC and other fast-food places; we sometimes begged people boarding the ship or ferry, then we cook, eat and sleep.”

Survival was key for Morgan and her counterparts, even if it meant finding a home and trading domestic services for a bed space and food.

“We found people and some just wanted a helpful child, while others had ulterior motives. I was taken home by a lady once that I thought was good and would be my family, then I realised she wanted to trade me to the dons in the community.”

But according to Morgan, because of her street life, she would have already had knowledge of and met dons from several areas, even the one she was being offered to by her trader.

“When the deal was confirmed, the don came and put me on my guard and gave me a gun with four rounds as protection. The woman I was staying with didn’t know how bad I was and she sent me with dinner to someone who was waiting to have sex with me. As he tried to make advance on me, I took out my icepick and told me I was going to kill him if him play with me. Up to this day that man don’t like me because he knows how bad I was.”

In moments of desperation, Morgan said she allowed her friends to hide her in their homes, as public association with her would tarnish their reputation and anger their parents.

“Parents saw me as no good, evil and without emotion, but all the while I was counselling their daughters to stay home because I know the streets and it was no good. I didn’t have the choices they had.”

She continued: “I wanted to go to school so bad that I made a uniform for the school one of my friends attended and I would get ready and meet up with her every morning, sit in class do work, get my book marked until the teacher found out that I was not a part of the class. I went to other classes and did the same thing until I was taken to the principal’s office. I explained my situation, but they said I couldn’t stay on the compound because if something should happen I wouldn’t be accounted for. My heart was broken and what was for me three months of normal, quickly came to an end.

Morgan said while on the streets as a teen, she was shot three times and left for dead after her gang initiation.

“I was shot three times, once by a soldier and twice by thugs. I am the only surviving member of an eight-member gang and the only female. The gang members were mainly killed by police and other thugs,” she told Family and Religion.

Morgan said she has experienced every form of abuse in her lifetime and in turn abused substances to deal with the debilitating effects of feeling unwanted, unloved and in need of basic necessities.

But God turned it around for her as her purpose had not yet been fulfilled.

Join us next week as we share how this 42-year-old transformed her life to one of service to others and to God.