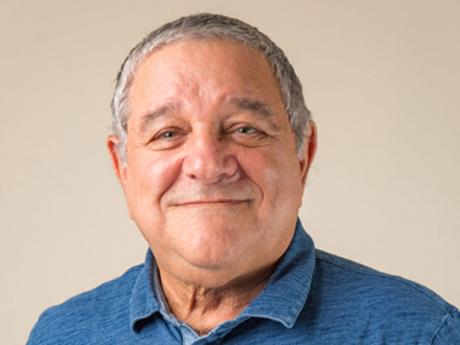 Joseph Mahfood ... was diagnosed with the brain cancer in September 2020 and stepped away from the post of board member emeritus of the Wisynco Group.

One of the ‘founding fathers’ of Wisynco Group Limited, Joseph Mitchell Mahfood, passed away at his home in St Andrew about 3 a.m. on Thursday.

“Up until January this year, he was just fine, this being his third bout with cancer. He previously had throat cancer, then there was melanoma about six years ago,” William said.

Born in 1942 to Saleem and Evelyn Mahfood as one of six children, Joseph was raised and educated in Jamaica and at McGill University in Montreal, Canada.

William recalled that 'Mr Joe', as he was called by many, was instrumental in the growth and development of Wisynco into the manufacturing giant it has become.

Prior to becoming store manager of Mahfood’s 1965 Limited, Joseph was employed as a travelling salesman for Mahfood’s Commercial Limited.

He married Laurie in 1964 and together, they had four children – William, Samantha, Michele and Julie – and 10 grandchildren.

William said that his father was one of the most amazing men to work alongside.

He remembers how Joseph Mahfood's visionary ideas sometimes brought him into disagreements with those close to him, but in the end, he was often right.

“He is one of the reasons why Wisynco became such a powerful production and manufacturing company. To this day, his guidance and leadership in that area has been remarkable,” William said, recalling that years before Wisynco built its Lakes Pen facility, Joseph had urged company leaders to go that route but they declined, citing the potential expense.

Charmaine Abraham, regional sales manager at Wisynco, remembered Mr Joe as the quintessential gentleman who always had a greeting for anyone at all levels.

But he had one fault: he would not slow down.

“Going to the office, several times I would try hard to follow him on Mandela Highway until I was pulled over by the police one morning for speeding. I guess they couldn’t catch him so they caught me. Mr Joe can’t slow down, going places, getting things done to build Wisynco to the giant it has become,” she said in tribute.

There was also one other bit of quirky renown attached to Mr Joe.

He had amassed a collection of Jamaican stamps that fetched high prices at an auction in 2011.