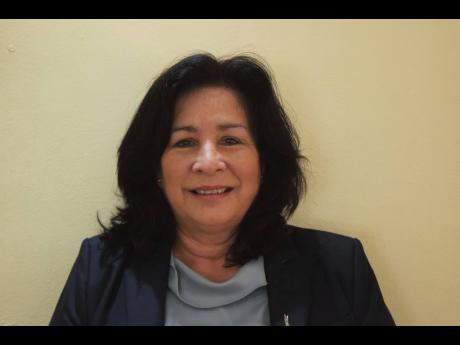 DESCRIBING THE loss of life of a newborn baby as very unfortunate, chairman of the North Eastern Regional Health Authority (NERHA), Laura Heron, has revealed that plans are in place to upgrade the Annotto Bay Hospital from a Type C facility to a Type B, in a bid to provide critical services to users.

Heron’s comments come against the background of an alleged incident involving a pregnant mother, who was unable to give birth at Annotto Bay Hospital in St Mary – due to the unavailability of incubators at its maternity ward. The mother was later rushed to St Ann’s Bay Hospital to utilise such services, but the baby later died.

“It’s a sad and unfortunate incident and I can understand the pain being felt by the mother,” said Heron.

“There are already things in motion and there are lists of things that will be coming on stream by way of projects. When I visited Annotto Bay Hospital, I was pleasantly surprised with the number of expansions taking place as it relates to the amount of facilities being added to that hospital. When it is completed, it is expected that we will be looking at a Type B facility there. So that is what is being worked on right now, and I mean actively working on. I wasn’t aware of the unfortunate situation involving the pregnant mother,” said Heron.

“It is very unfortunate and I sympathise with the mother as it relates to her loss. But it has been brought to my attention that there is more than one incubator, probably three, at Annotto Bay Hospital, which is insufficient. An upgrade of that facility will greatly enhance such services. Again, my heart goes out to the mother and her loss,” Heron noted.

The Annotto Bay Hospital, like Port Antonio (hospital) is a Type C medical facility offering limited health services to residents living in parts of Portland, including in Buff Bay and Windsor, along with Dover, Annotto Bay, Highgate, Castleton, and other adjoining communities in South East St Mary.

Member of Parliament for South East St Mary Norman Dunn told The Gleaner that as soon as the COVID-19 situation is brought under control, he will be leading the charge to lobby for what he described as “the well-needed upgrade of that facility from a Type C to a Type B, retrofitted with all the necessary modern-day equipment, supported by an efficient and competent staff.

“This is well needed, and from time to time people from Portland utilise the service offerings at Annotto Bay,” said Dunn.