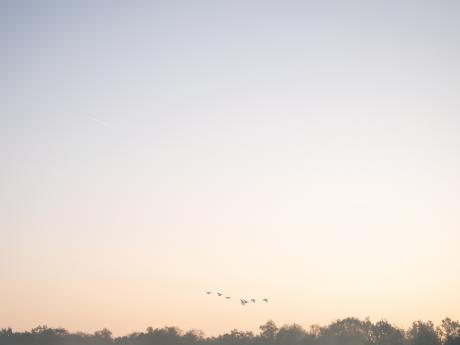 The conditions have been impacting Jamaica for the past five days - Contributed photo.

Jamaica should by tomorrow get an ease from hazy conditions brought about by a thin layer of Saharan dust coupled with a strong high-pressure ridge.

Satellite images have shown that a thin layer of Saharan dust has drifted into the central and western Caribbean.

The conditions have been impacting Jamaica for the past five days.

The Meteorological Service Division says the situation is set to improve.

“Stable weather conditions, with hazy skies due to the presence of suspended Saharan dust particulates, will prevail through to late Wednesday and gradually drift away from the island on Thursday,” the Met office said in a media release on Tuesday.

The arrival of the Saharan dust layer is not unusual and is normally expected between late April and October.

Questions have been raised about how the current conditions compare to the events of last June but meteorologists have said that it is not of a similar magnitude.

The met office is cautioning people who have asthma, allergies, or other respiratory illnesses to take the necessary precautionary measures.

Meanwhile, the Met office is not able to confirm any spike in sulphur dioxide and or ash across Jamaica from the La Soufrière volcano in St Vincent and the Grenadines.

The volcano first erupted on April 9 spewing ash and there have been successive eruptions.