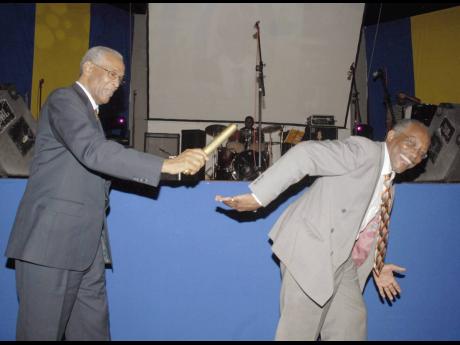 File
In a symbolic gesture, Dr Rae Davis (left), former UTech president, passes a gold baton to his successor, Professor Errol Morrison. The occasion was a farewell function for Davis held at UTech on March 21, 2007. 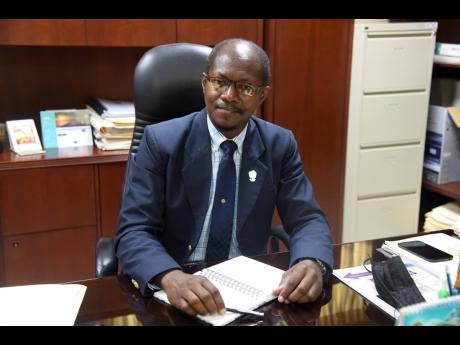 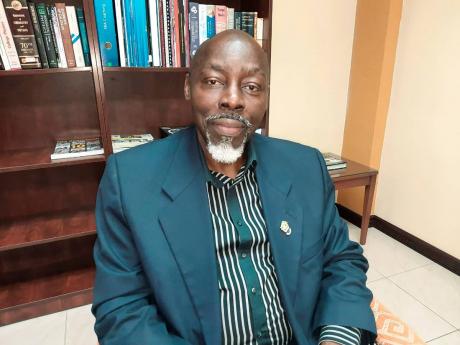 Dr Rae Davis has been lauded as a towering stalwart who transformed the image of the University of Technology, Jamaica (UTech) and praised for his contribution to the development of the education sector.

Davis, who died Monday evening at home, had been rendered immobile by a nagging back problem for some time. He was 80.

A former permanent secretary in the Ministry of Education, Davis laid the foundations that elevated UTech into an aggressive competitor to the nearby University of the West Indies (UWI) a year after its name change from the College of Arts, Science and Technology in 1995.

He also chaired the Task Force on Educational Transformation in the early 2000s.

During his decade-long tenure that ended in 2006, the establishment of faculties and a revamp of the university’s offerings sparked UTech’s revolution as a degree-granting institution.

Professor Colin Gyles, current president of UTech, said that Davis, a trained engineer, fundamentally redefined UTech’s stature, deepening the institution’s attention to arts and business as a parallel path to the traditions of science and technology.

“Research was established as a major thrust of the university also,” said Gyles, while listing the university’s milestones under Davis’ leadership.

Hailed as a gentle giant, Gyles attributed the metamorphosis of UTech into an athletic powerhouse to the visionary, who formally contracted Olympian Dennis Johnson as the director of sports. Former 100m world record holder Asafa Powell and sprinter Sherone Simpson were among the early jewels in the university’s crown.

“It was during his time that we had our first Olympians, our first set of students being trained to represent the university at the level of the Olympics and doing very well,” he said.

That eventually led to the engagement of Stephen Francis and the birth of the MVP Track and Field Club which is a private arm of the university.

Davis, an inductee in the Order of Jamaica, pioneered the Technology Innovation Centre that nurtured entrepreneurship and acted as a small business incubator.

“He was very pleasant and sought as best as possible to empower and uplift his staff members,” said Gyles, who expressed gratitude for Davis’ role in his own academic development.

Hector Wheeler, associate vice president for advancement at UTech, recalled how Davis challenged him in building out the communications unit once the institution became a university. Wheeler said Davis had a huge impact on his career and professionalism. A lasting life lesson, Wheeler said, was of accountability – that the buck stopped with him.

“He was someone who had a novel concept of how things can be improved,” Wheeler said.

“Under his leadership the relatively new university began to take its place in the region in the role of a leading Caribbean institution,” Sangster told The Gleaner on Tuesday.

Gyles said that the university would memorialise Davis’ contribution.

Carlton Davis, former Cabinet secretary, described Rae as the “quietest of the three Davis boys” – an illustrious trio rounded out by Omar Davies, the former minister of finance. (The family name Davis-Davies has long been a source of humour, as Rae’s children’s surnames are Davies, like their uncle Omar).

Rae attended Four Paths Primary, formerly an elementary school, and then Clarendon College. He read for a degree in physics at The UWI, Mona, and a PhD in engineering at Loughborough University.

Besides his brothers, he is survived by wife Jemelia, children Philippa and Andrew Davies, and Shani Ashton, stepchildren Nadine Heywood and Marsha Woolery, and three granddaughters.