From non-verbal to verbal: Ethan’s journey with autism 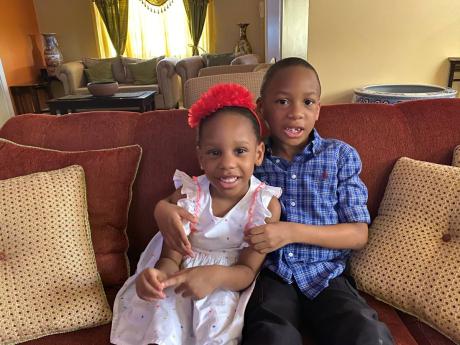 Contributed
Ethan Clarke and his sister. 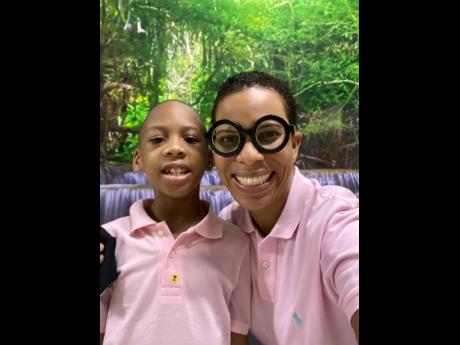 ASD is a diverse and lifelong condition, but early and ongoing supports and services can enhance long-term outcomes. Interventions for children with ASD that take into account a child’s unique strengths and challenges can help improve their daily functioning and quality of life for the whole family.

Seven-year-old Ethan Clarke was diagnosed with ASD when he was two years old. There were no early signs that he was autistic as he progressed normally, meeting all his milestones until he was one year old. However, his mother, Coleen Weise, noticed that whenever he was asked to clap, he would take her hands and clap them instead of his own. He also did not repeat simple words and would babble consistently.

However, according to Weise, at 15 months old, Ethan still did not speak. “We subsequently took him to Dr Maureen Samms-Vaughan who expressed that it was still early and we should allow for more time since boys developed slower than girls. At 18 months, without any improvement, we spoke to his paediatrician, Dr Alison Iton, who recommended that we consult a paediatric neurologist, do a hearing test and finally to have him assessed by a developmental paediatrician,” she said.

Weise said Ethan’s hearing test and his brain function was normal. “We went to Dr Samms-Vaughan to do an assessment. At 18 months, she found that he did display autistic tendencies – lack of speech, lack of eye contact, and repetitive movements. He was eventually diagnosed as autistic when he was 2½ years old,” Weise said.

Ethan started out as being non-verbal and started speaking when he was almost five years old. Though he would babble and make noises, there were no discernible words or speech pattern in his utterances. This in and of itself was a great challenge as he was unable to express himself, and so everything was difficult to identify; what he wanted to eat, where hurt when he was ill, potty training, what he was thinking, etc.

Weise said he started speech and applied behaviour therapy when he was two and a half years old and there was very little improvement in his speech. Coupled with this, the preschool he was attending at the time wanted them to get a shadow for him in order to improve his academics.

“We knew he was learning because he was able to identify all the core concepts that a child of his age ought to know, such as the alphabet, numbers, colours, shapes, using letters to spell certain words,” she said.

“We were not in agreement with getting him a shadow as we did not want him to become dependent on a shadow, but instead to learn and understand things for himself. It was on expressing this concern that we were informed about ICANN Help Centre, which is a school dedicated to special-needs children. To date, this has proven to be one of the best decisions that we made for Ethan,” Weise said.

Ethan started ICANN in January of 2018 and on the recommendation of his speech therapist, Tracey Rattray-Neil, his family invested in a speech generating app.

This worked wonders because he was finally able to tell us what he wanted and to express himself, albeit using technology. “With the small class sizes and one-on-one educational attention given at ICANN, we started to see improvements in his attitude to school, and by May 2018, Ethan started speaking and even reading sentences,” Weise said.

At home, Ethan is treated as a normal child. Even when he was non-verbal, his family did not speak differently for his purpose. They spoke to him as if he were a regular child of his age. He is rewarded for good work and equally when he does something wrong, privileges are withheld – such as his iPad or they block his favourite channel on the television.

According to Weise, Ethan transitioned from being non-verbal to being a chatterbox. “He talks non-stop. There are times when we have to tell him that he is disturbing the neighbours. Having a sibling also helped to improve his speech and conversational skills as she constantly engages him, which forces him to respond. Like most siblings, they fight a lot, they argue all the time but, most importantly, they look out for each other,” she said.

Being a Christian, she said has helped in maintaining a positive attitude. “We realised early that God gifted us with an exceptional child and in order for him to have the best outcome, positive thinking is important not just for us as parents – but to encourage him so that he knows he is not defined by autism or any other label. We can’t change who he is as he was born this way, but we can change how he sees himself,” Weise said.

It is her dream for society to understand and appreciate that all children are special and unique in their own way. “I have heard persons refer to special-needs children as handicaps in a derogatory manner, not realising that this is actually damaging to the psyche of the child. Being different should no longer be viewed in a negative light, as the Bible reminds us that children are a heritage from the Lord,” she said.

Weise hopes that in time, access to care and treatment for special-needs children becomes accessible and affordable for all parents. “Most parents of autistic children will tell you that it is an expensive venture, and without such access, our children may not have a chance at a normal life,” she said.

“I hope that Ethan maximises his true potential and to find his passion and purpose in life, whether this is through conventional educational pursuits or through the acquisition of a skill. I want to see him become a man who will eventually have a family of his own, to be able to provide for them and make a meaningful contribution to society in his own way, as Ethan Clarke – not as someone who is autistic,” Weise noted.