Broken: Mother wants her children under one roof 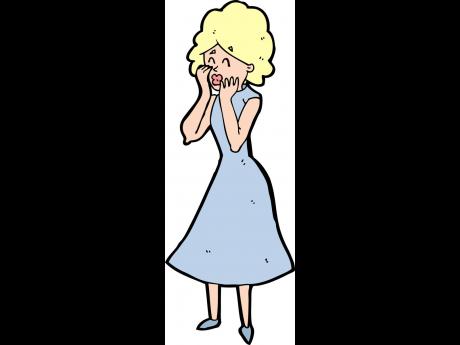 Imagine having to contend with verbal and physical abuse from your partner to then learn that your child has been sexually abused at a home you thought was best for him or her, then later struggling to come to terms with the cancer diagnosis of another child and the fact that your child has tried to take her own life.

It was not her choice, but these are the cards *Jackie Johnson was dealt for years, pushing her into a season of unending depression and a wish that her now displaced family could reunite and find safety and peace under one roof.

“I was with the him (partner) for decades, and I have four children for him. He disrespected me on several occasions, but I forgave him, and though I couldn’t support him financially, I supported him in every way and see to it that he saved and earned more and multiplied everything he had,” Johnson told Family and Religion.

She said that she realised that things were taking a turn for the worse when her partner chose to spend money on alcohol to seek instant gratification instead of immediately tending to their daughter, who, at the time, had been admitted to hospital.

“After all of that, my son was diagnosed with cancer, and I had to be running up and down with him. By this time, I sent my daughter to live with her grandparents, and all this time I was there still under the abuse by him (partner). I tried leaving on several occasions, but he stopped me, and that was my life for some time.”

As if she was not already emotionally drained and praying for a way out, she soon realised that her daughter was being sexually and emotionally abused.

“One of the reasons why I sent my daughter away was because I didn’t want her in the house with her father abusing me. I didn’t want them to see that … . I couldn’t forgive myself after learning that she was hurt all because I was trying to protect her.”

Johnson said not only was her daughter depressed as a result of the abuse, but that she, too, was also being abused by her father.

“One day we found her unconscious and realised that she had taken a number of pills. We rushed her to the hospital, and luckily, we were not too late… but that wasn’t the end of her woes.”

Johnson said she has tried on several occasions to have her partner arrested after he hit her in the face, but he often eludes the lawmen.

“It reached to a point where there was no peace in the house. When he drinks, he becomes a monster, and I have to be finding different places to stay for a while and to keep my children. But because I don’t like to inconvenience people and after a while people don’t want you in their space, I often end up back at the house because we don’t have many options to go elsewhere.”

She added: “But because of the conditions, my daughter does not want to go back there, and she doesn’t want me to go back there either or her brothers to stay there. My other children have to sometimes stay at the house, but he spitefully refuses to give them food sometimes, and I can’t have my children living like that.”

With meagre earnings from domestic work and small-scale farming, Johnson said she does all she can for her children, but she is constrained.

“I leased a piece of land, and I just want some help to put up even a board structure so my children and I can have a peaceful place to stay. I feel so broken that as a mother I have my children on earth here hurting and having to go to different places. Sometime I struggle with praedial larceny, too, so if I get a little house on the land near the farm, I will be better able to protect it.”

“It is so depressing. I can’t even go to the house for my things because I don’t want my babyfather to do me anything. I am unhappy, fearful for my life, and desperately in need of help to give my young children a better life”

To assist *Jackie Johnson you may call the Friends in Need Charitable Organisation at (876) 421-3453.