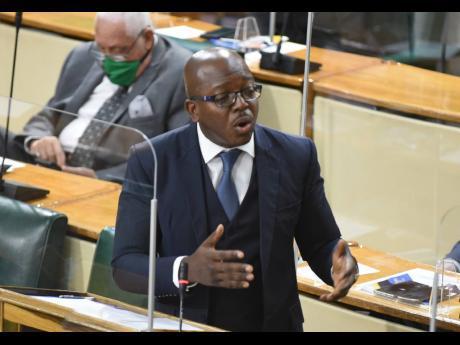 The data will inform the Squatter Management Policy and will also be useful for local government, social security, health, and education.

Data collection is under way in St Mary, Portland, and St Thomas under the National Survey of Squatter Settlements.

Minister of Housing, Urban Renewal, Environment and Climate Change, Pearnel Charles Jr, has indicated that, to date, “we have completed a total of 25,202 surveys across 219 settlements in Clarendon, St Ann, Manchester, Trelawny, Hanover, and St Elizabeth”.

Charles Jr. stated that the trends extrapolated from the survey “are already confirming that squatting, in some cases, results from the need to be close to economic opportunity, especially in areas where there is an inadequate supply of affordable housing”.

Charles Jr said that the comprehensive survey is aimed at accurately ascertaining the extent of squatting in the country.

The Minister was speaking in Parliament on Tuesday during his contribution to the Sectoral Debate in the House of Representatives.

The data will inform the Squatter Management Policy and will also be useful for local government, social security, health, and education.

“It is this data that will give us a true picture of the scope and extent of the unplanned settlements across Jamaica, and the goal is not just to have a survey. The information from that survey is to be utilised to assist in defining a solution,” he pointed out.

A national survey was conducted in 2004, followed by a rapid assessment in 2008. However, these studies, while providing useful general estimates on the size of the informal settlements, oftentimes tended to be either underestimated or exaggerated.

For the current national survey, geospatial technology is being utilised to collect, process, and store data on households and their associated settlements.

The use of geospatial technology and mobile mapping is being done with the aid of tablets in order to reduce the time and cost to undertake the survey.

The use of technology also allows for easy processing of the data and identification of settlement-specific strategies and facilitates integrated planning in keeping with the climate change, environmental, and spatial data management portfolios of the ministry.