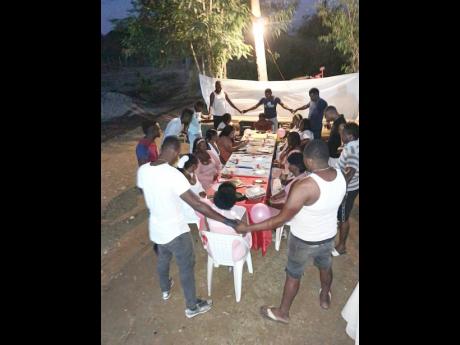 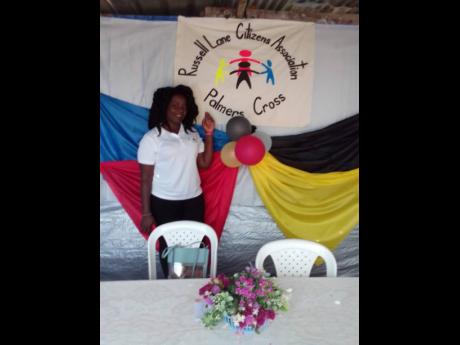 THE MEN from the Russell Lane community of Palmer’s Cross feted 15 mothers on Sunday.

Marshalee Hinds, president of the Citizens’ Association and one of the mothers who was treated on Sunday, shared with The Gleaner that it is not the first time that the men treated the women like queens as on March 8, International Women’s Day, the ladies were feted, and it was not surprising that they decided to honour mothers.

The men went all out as they decorated the grounds of their ‘meeting spot’ in the lane and prepared sumptuous meals for the mothers.

The mothers were especially grateful as in addition to the meals, the men prayed with them.

Commenting on the treat, Hinds said she was impressed with the gesture by the men.

“When I reached, my heart was filled with joy. The men really made the day special for the mothers. They really showed us that they, too, can plan and deliver a function without any input from us ladies. They were really boasty about their level of organisation. Thumbs up to them,” she said.

Hinds said that other mothers also shared how special they felt on the day.

She said that the community is plagued by the stigma of violence, and she welcomes initiatives such as Sunday’s event.

“There are a lot of good folks here in Russell Lane, and we will be working hard to highlight that. These men here are gentlemen and not ruffians, but you would never know it because of the image that’s out there,” she shared.

She said as part of their mandate to curb violence against women and children, they will be hosting a prayer breakfast to add their voices to the issue.

With Father’s Day coming up, Hinds said the women must now ‘respond in kind’ and ensure that the men know that they are appreciated.