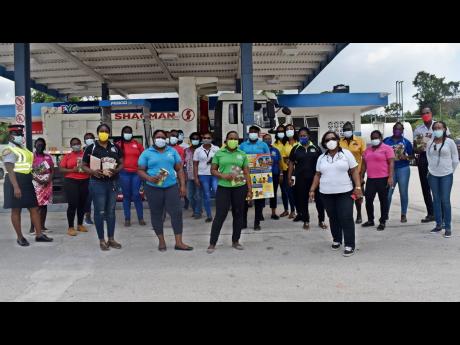 Director of the Child Protection and Family Services Agency (CPFSA) North East Region, Carlyn Stewart, has reiterated that persons need not have proof of child abuse to make a report, stating that all suspected cases should be reported to the agency.

Suspected cases that are reported will be investigated by the agency’s team, she said.

“People think that they have to have the hard facts before (they report it), if they’re not sure they don’t want to talk, but they don’t have to be sure. That’s what we’re saying, you don’t have to be sure; we have an investigative team, give us the hunch and let us go and see if it is true or it is not true,” Stewart told The Gleaner on Monday.

Her comments come a few days after the CPFSA conducted a drive-through in sections of St Ann, including Colegate, Breadnut Hill and Golden Grove areas, where reports have emerged recently of alleged child abuse, for which six persons are now before the court.

The drive-through formed part of CPFSA activities for Child’s Month, themed: ‘Every Child Deserves Protection’, with focus on St Ann communities because of the reports. The effort was to interface with residents about child abuse and emphasise the need to protect the nation’s children, while providing parental advice in the process. Scores of flyers with relevant information were also given out during the drive.

Stewart is buoyed by the response of residents along the tour, who apparently are incensed by recent child-abuse reports in the parish. According to her, residents appear ready to speak out against the issue.

“The people know it is time to break the silence,” she said. “The people know that if they don’t, the horror stories are going to come out, and that’s what I want to call them, horror stories. The vibes that you are getting is that, ‘It is time now because we don’t like what we’re hearing.’ When these things come out nobody feels good about it. It is getting people’s attention now to say, ‘We don’t want these things to happen,’ and that’s why it is important if you tell us.” The CPFSA regional director hailed the support of service partners, which included personnel from the St Ann Parish Court, Child Guidance Clinic, National Council on Drug Abuse, Jamaica Constabulary Force’s Community Safety and Security Branch, and school officials.