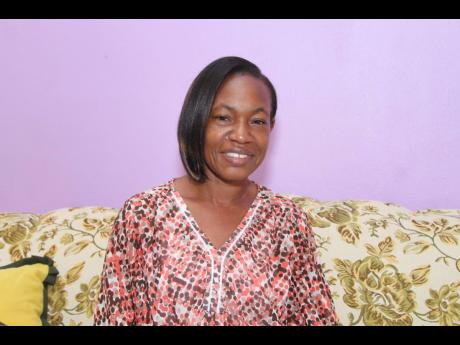 Nathaniel Stewart
Elisa Craig, principal of Woodhall Primary School and pastor of the Church of God of Prophecy, Woodhall, Clarendon.

Elisa Craig, pastor of the Wood Hall Church of God of Prophecy as well as principal of the primary school in the community, said the church is joining the fight in ensuring that residents can access the highest quality of education.

Craig, in an interview with The Gleaner, said the idea to power education through the church came after conducting a survey and realising that there were seven trained teachers who were members of the church and there was a great need in the community, so she decided that this was the way to go.

The seed to use the church as a base came after she discovered that parents and students had challenges with Internet access. So, she said, the church took on the initiative to install Internet on the grounds.

Another reason for the initiative, according to Craig, is that there are some members of the community who are shy about coming forward with regard to their academic level.

Craig shared that there was previously an initiative at the primary school, where single mothers and fathers who dropped out of school and wanted to do their Caribbean Secondary Examination Certificate (CSEC) were accommodated.

“We had a number of young people coming out and who successfully sat their exams,” she said.

It is on the success of that initiative that Craig is now confidently putting in the groundwork for the church to push education for those who need it the most.

“It will be from the cradle to the grave. As teachers at the church, we met and decided that we are going to put something in place to make sure that our youths in Wood Hall be empowered,” she shared, allowing her pride to shine through as she reeled off names of personalities who hailed from Wood Hall, such as Donna Scott Motley, Norman Reid, Alpheus Wright, Dr Dwight Lindo, among others.

Among those she is looking to incorporate in the classes at the church, she said, are students who dropped out of high school and those who passed a few subjects and want to do more.

“I am a past student of this school, and I have taught a number of them who are out there without a job. Some of them have CSEC subjects and they can’t go any further. We have got a few who want to do something else, but really don’t have the finance to go to classes outside of the community. So, the church has decided, here we go, we are gonna cater for all students,” she highlighted.

Craig informed that there would be no limit on the age of the students, sharing that two years ago a 50-year-old got her first CSEC subject, English, after attending classes as part of a previous initiative.

“Once persons are interested, we are going for it. We are not yet up and running as we are now in the process of looking at how best we can cater to them, as well as working out a schedule with the teachers, to ensure we can meet all the needs of the student,” she pointed out.

Even as she gears up for classes at the church, Craig is encouraging prospective students not to be shy about coming forward, or be ashamed of their level of literacy.