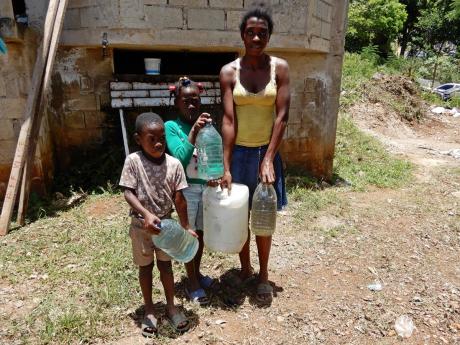 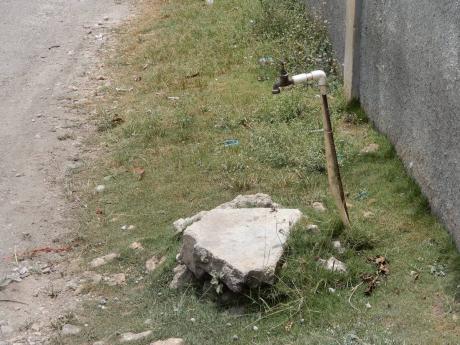 Carl Gilchrist
This standpipe in Benin has been dry for weeks. 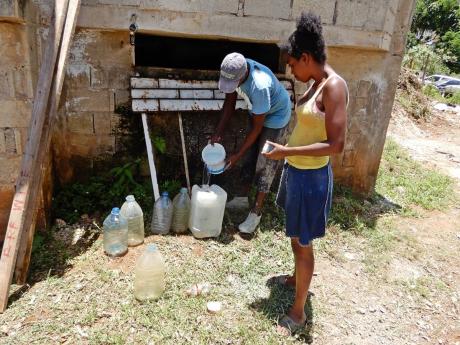 Contributed
Michelle waits as she gets her containers filled with water. 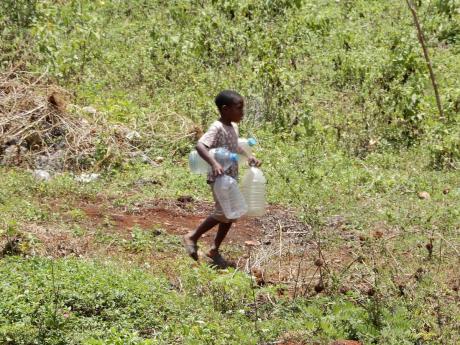 Contributed
Armed with four plastic bottles, this little boy went in search of water on Tuesday.
1
2
3
4

Residents in the Benin community in Brown’s Town, St Ann, are desperately appealing for a fix to their ongoing water supply problem which they say leaves them without water for weeks at a time.

The National Water Commission (NWC) says Benin is currently on a schedule to get water on Sundays, between 7 a.m. and 3 p.m., but residents say that is not happening.

One resident, Shernette Mills, told The Gleaner that sometimes the water is turned on around midnight and goes away a few hours later.

“The water was running in the pipe Saturday midnight but around 6 a.m., it was gone again. Sunday, I was told it was trickling a little bit (but) by the time I run to fill a bottle, it was gone again. It’s a regular thing; water is gone sometimes like two weeks at a time,” she complained.

When The Gleaner visited the community on Tuesday, several residents spoke with disgust at the situation. One woman was spotted, along with two young children, carrying around six plastic bottles, searching for water.

“We get water once in a while, not often, like once a week,” the woman, who only gave her name as Michelle, stated.

As a result, she has to travel far distances, sometimes seeking a little of the commodity from other residents.

On the day, she was fortunate to get some water from Uton Whilby, also known as Putta, who owns the premises where a house was being constructed and where there was a storage facility with water.

“It hard pon us wid water,” she added with a sigh. “Weeks pon top a weeks we don’t get no water.” She said the few bottles of water would be used to bathe, wash and “maybe cook”.

Whilby acknowledged the hardship faced by residents of the community, labelling the situation “very serious”. He said he had no choice but to help whenever he can.

“We’re here to help one another and it pains mi heart when mi see them carrying the water. So, them come and ask for a couple buckets of water so mi give it to them and if them come back again I will still give it to them. It’s the biggest concern here in Benin,” Whilby acknowledged.

He said a public standpipe installed by the former MP Othneil Lawrence some years ago, has water some of the times.

“Sometime the water nuh really come. The people them a suffer. Sometimes months no water is here, everybody haffi go out and look water, go to people yard and beg dem a pan ah wata. It’s a serious situation, very serious,” Whilby acknowledged.

The St Ann Municipal Corporation has responsibility for the standpipe, but efforts to get a comment from Mayor Sydney Stewart on Wednesday were unsuccessful.

Ann Bolt, acting community relations manager, NWC, explained to The Gleaner on Wednesday that Benin is served by the Egypt pumping facility that feeds the Minard facility from which Benin gets water.

“The system is up and running on a regulated basis, they get supply on Sundays, 7 a.m. to 3 p.m.. If there are any situations such as a breakdown at the facility or any electrical challenges, it may disrupt the scheduled time,” Bolt pointed out.

“Sometimes we try to facilitate, by giving them on alternate days if there was any issue that would have prevented them getting. But we will have to do further assessment to see if we could give them additional days,” she promised.

Bolt said there are plans to upgrade the Minard well that would enable the NWC to supply more water to the area, but this is being hampered by a lack of resources. In the meantime, the NWC carries out upgrades where possible.