Look at us! Young divers want to be recognised 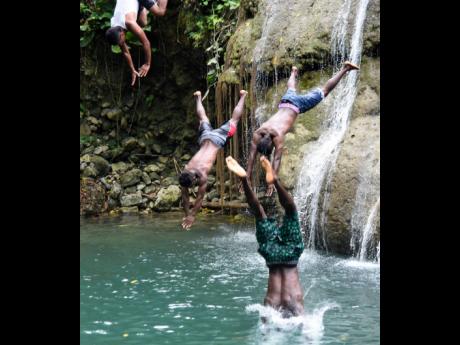 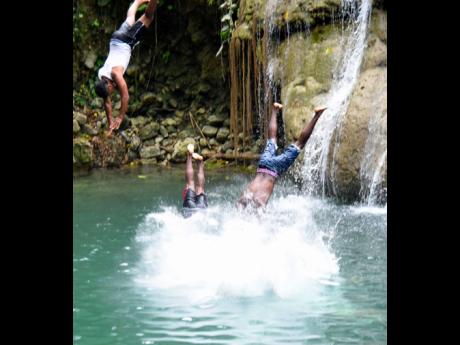 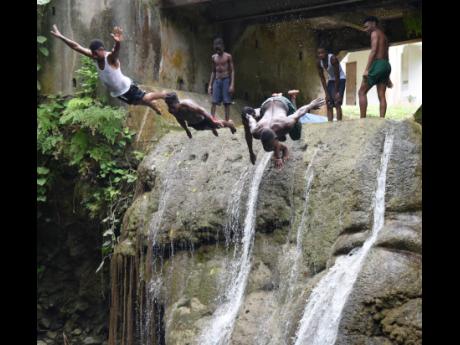 Ian Allen
Let’s go! Members of the diving participating on their favourite activity. 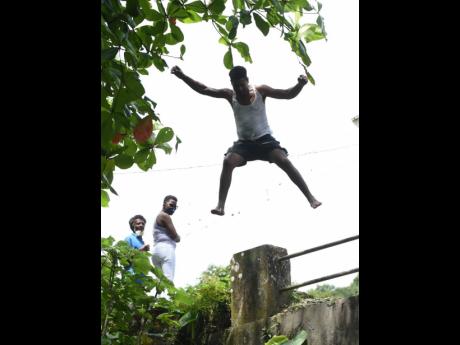 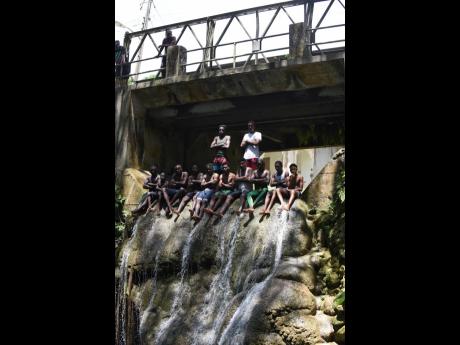 Seventeen-year-old student Nathan Douglas has a deep passion for diving and despite harbouring thoughts of representing Jamaica at the Olympics, he continues to excel academically.

Douglas, who is a resident of Palmetto Grove district located in the hilly interior of St Mary, is driven by what he described as sheer determination to achieve the unlikely. And that unlikely for him is to be able to represent the country of his birth in Springboard diving at the Olympic Games.

Such an accomplishment, he said, would raise the banner of that deep rural community, which is arguable one of the most depressed areas in central St Mary.

But with six subjects in the Caribbean Secondary Education Certificate examinations already under his belt, one would think that Douglas’s main focus would be to excel in higher education, but for this youngster, his primary focus is to not only represent Jamaica in diving, but also to influence his teammates to follow suit.

“We started this sport of diving as a result of the COVID-19 lockdown, which prevented us from attending school,” Douglas commented.

“We have the divers at Palmetto Grove. Persons have talent. We have persons that are very bold as well, as you can see some of my diving friends are diving from heights that most persons cannot do. School is closed and we really have nothing to do here, so we just use our talents and our skills. My swimmers are prospective Olympic athletes right now, so I’m trying to give them a very good platform now for them to excel.

“I would want my fellow friends to be really successful in the diving and I am hoping that the Jamaica Olympic (Committee) will give us a helping hand and that would be great. The community has embraced what we are doing as this is not the norm. We don’t implore the younger ones to swim by themselves, so we have persons that supervise them,” he added.

According to Douglas, they have already formed a group, The Grove Swimmers, with the age group ranging from 10 to 19 years old. He noted that members are excited about what they are doing, even though some consider their stunts to be somewhat dangerous.

On any given day, members of group can be seen jumping off the Palmetto Bridge into the glittering blue waters some 50 feet below. To the faint-hearted, such a dive seems to be quite scary, especially when the youngsters engage in heroics, including climbing a 30-foot tree and plunging into the river and jumping over the guard rail of the bridge.

Douglas is also hoping that those responsible for the sport of diving will eventually learn about their interest and provide them with the necessary training and guidance, which could very well help them in their quest to achieve stardom.

The performance of the diving group has also attracted residents, along with the police, who from all indications are impressed with their diving skills.

Douglas, who said his main ambition is to become a soldier, is a sixth form student at Guy’s Hill High School in St Catherine.

“I would really like the swimming authorities to assist us and to show us the real diving technique, so that we can improve on what we have to become real professionals. I am seeing from my diving group the next Yona Knight-Wisdom, “Douglas noted.