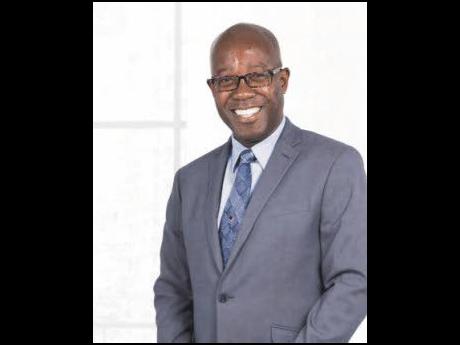 General Manager of JN Life Insurance Company Hugh Reid is urging Jamaicans who contribute to an individual retirement scheme, to increase their contributions to the maximum of 20 per cent of their earnings, where possible.

Reid, who also urged Jamaicans who are a part of the labour force, and to become a member of an approved retirement scheme, added that contributing at five per cent may not be enough for persons when they retire. At present, the law allows for a maximum of 20 per cent of earnings that can be contributed to an individual retirement scheme.

“I take this opportunity to urge you to increase your contributions to the maximum of 20 per cent, where possible. At the minimum five per cent contribution, your pension may not be enough to support you upon retirement,” he noted.

“Additionally, the National Insurance Scheme benefit, which some Jamaicans also contribute towards, will not be enough to give you a comfortable retirement. Therefore, saving what you can, in addition to the maximum 20 per cent allowed, will help to increase the income you could receive during retirement.”

Reid was addressing participants at the JN Individual Retirement Scheme (JNRS) virtual meeting recently. The purpose of that forum was to elect two additional member trustees to oversee the JNRS.

The general manager added that a contributor who began planning for retirement at age 44, who was earning $800,000 per year; and contributing at five per cent, would have accumulated $1.5 million at retirement, assuming a five per cent rate of interest. He noted that a contributor earning that same $800,000 and contributing 20 per cent would, on the other hand, have accumulated about $11.8 million at retirement.

Apart from more benefits at retirement, the general manager emphasised that there were tax incentives to be earned from contributing to an individual retirement scheme.

Chair of the JNRS Board of Trustees, Dorothy Pine-McLarty, urged the participants to plan for retirement because more Jamaicans were living longer.

“Investment experts say you need 40 years or more to plan for your retirement. Consequently, if you are above a certain age, no matter how much you save now, you will never be able to live the same lifestyle you lead now in retirement, because you would have lost some of the years needed to do that investment,” she explained.

“As more Jamaicans live longer, investment experts estimate that they will need to have enough money to live up to 15 years or more after retirement. Consequently, saving for retirement will ensure you are able to support yourself, as opposed to depending on others,” she stated.

She also added that with some tourism workers now contributing to a pension plan, she was hopeful that even more Jamaicans would get an opportunity to plan for their retirement.

“Investing in a pension plan will also take the burden off the State to provide you with assistance. In addition, it would also help you to grow the economy, since it is money which is invested in mutual funds, stocks and other projects that are used in improving the quality of life for thousands of Jamaicans,” she added.

Reid pointed out that retirement, if you live long enough, is not a choice, and, therefore, preparation is necessary.

“Ladies and gentlemen, retirement is not an option. It is mandatory, because we will all have to retire one day. Therefore, you are responsible for your happiness and peace of mind during your retirement years. I therefore encourage you to develop the habits that will support your peace of mind,” he noted.