PEP a test for parents as much as students 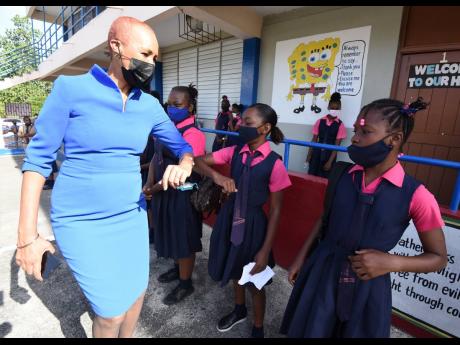 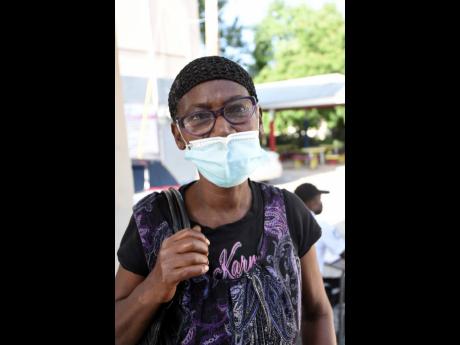 Ian Allen/Photographer
Zeta Francis, 62, has been on a fast learning curve in helping her grandson, Javier, adapt to online classes. 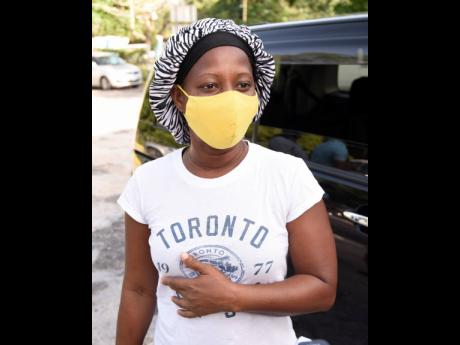 As exam students streamed through the gates of New Providence Primary School on the fringes of Barbican on Wednesday, parents faced a test of nerves about their children’s future.

Some children entered the exam room beaming with confidence. Others were muted with anxiety.

Principal of New Providence, Olga Robinson Clarke, believes that the results for the 98 students who sat the ability test in the Primary Exit Profile (PEP) will be favourable.

Guidance counsellor Denise Dell-Hobbs stood at the front of the school to greet and encourage the latecomers.

Dell-Hobbs, who is also a PEP parent, hosted a ‘PEP up the Peppites’ session the evening before to provide tips and relief to parents and students.

“Usually, what I find is the parents are more nervous than the children, and our nervousness is generally what feeds theirs,” Dell-Hobbs said, adding that a short movie was shown to defuse stress.

The pre-PEP virtual session was non-negotiable - an inevitable last-gasp clutch during a stop-start academic year that threw timetables and home arrangements into a tailspin.

Though her son was confident going into the exam on Wednesday, Suzan Walker admitted that she was worried and eager for it to be over.

“My son don’t do well online. He is a preemie and he has a lot of challenges,” Walker told The Gleaner.

Domestic and international education experts have raised concerns about the scale of learning loss, with many schools forced to shutter because of coronavirus restrictions.

But while thousands of students across the country have complained of Internet access woes and a lack of devices, Arlene Campbell said that son Deandre Bailey has excelled in online classes and was bound to do well on the exam.

“He has done so much better than even face-to-face class,” Campbell said, lauding the efforts of the grade six coordinator.

Zeta Francis, 62, said she has adapted to the tech-savvy demands of online lessons since her grandson, 12-year-old Javier Francis, recently joined her household.

“Since mi get him, it has been a challenge, but good, especially for me,” said Ms Francis.

“It’s the first I am doing such stuff online, and I love to teach, so I teach along,” she added.

Her biggest challenge, she said, was to get Javier settled, as he constantly complained about pain and discomfort in his eyes.

On the eve of the exam, he also experienced headache and bellyache, but home remedies settled his nerves, she said.

Anthony Grant, the principal, told The Gleaner that when face-to-face classes resumed on April 12, administrators realised that some students had migrated to rural Jamaica, while other parents were reluctant to send them out because of coronavirus fears.

While some parents said that their children had outgrown their uniforms, at least one student sat the exam in jeans, as Grant said that administrators were cognisant of the economic hardships.

The principal was satisfied with the turnout of students after the Easter holidays.

“The moment we dug them out, they started to come. We also had a breakfast and lunch programme to ensure that they were taken care of,” he said.

All 94 of the registered exam students, including 10 with special needs, were present.

Minister of Education Fayval Williams, who visited both schools, said she was impressed with the preparation and composure of the students who turned out for Wednesday’s exam.

“Our boys and girls would have been prepared for the ability test from as early as February,” said Williams, hopeful that early preparation will pay off.

The ministry had taken the decision only to do the ability test and forfeit the performance task and curriculum-based components this year because of the double dilemma of learning loss and connectivity struggles.