No pending release for Ayele Russell, says US prison official 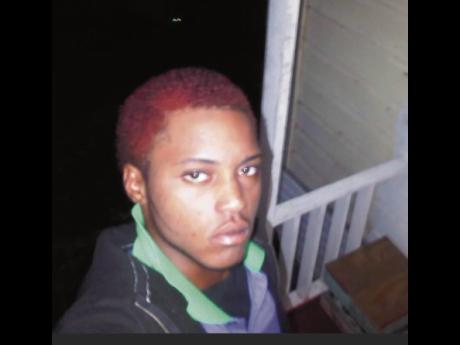 Fears that Ayele Russell, who fled the island after allegedly murdering his girlfriend in Negril in 2017, is poised to be released from prison in the United States (US) and could make his way back to the resort town are unfounded, based on reports out of the US.

Russell, who is incarcerated at the Elmira Correctional facility in New York for an armed robbery committed in the US, recently made a social-media post stating that he was poised to be released soon, causing much consternation in Negril, where he is greatly feared.

“LOL!!! Mi a come a mi yard, destiny, stupid ... The God a forward, Ready or not, Here I come, silly. LOL. G, otherwise. Life goes on when the devil smile,” wrote Ayele above a photo of himself smiling with his arms folded across his chest in a white pullover shirt.

However, when contact was made with the Elmira Correctional facility and checks made about any pending release of Russell, a spokesman for the prison told The Gleaner that he is not slated to be released anytime soon.

In addition to being wanted by the local police for the killing of his girlfriend and the abduction of her then three-year-old daughter, Russell is also remembered for the chilling video he posted online posing with several high-powered weapons and boasting about his ability to use them and his willingness to kill.

However, either out of a genuine belief that he will be released soon or just mere wishful thinking, Russell is seemingly unflustered as he concluded his online post by stating, “To all me real family them, real friend them, real love ones and to all the real G them, I will never forget all the good memories/times.”

In the Negril incident, reports are that shortly after Nadian Dyer, his then 24-year-old girlfriend and her daughter, Orlandie Malcolm, went missing in April 2017, Russell was observed bringing construction material into his house. When he was asked about the unusual activity, he reportedly said that he was constructing a fish tank.

However, two months later, on June 5, 2017, acting on a tip, the police went to Russell’s house and breached the door to his room, where they were greeted by a foul smell and blood spatter on the walls. Following a search of the room, a grave was found under the bed, covered with concrete. When the grave was dug up, Dyer’s body was found. The daughter was not found.

Prior to his arrest in New York on February 12, 2018, a video surfaced online showing Russell brandishing at least two firearms and telling an unknown female that he is a man with two distinct personas – good and evil.

“Me is a man who just haunted, yuh see mi! Girl, yuh nuh understand mi, girl. Mi love laugh and t’ing, but yow, there is total different sides of me, there is a evil side and there is a good side. Mi love you, mi love you, mi really do love yuh,” Russell explained in the video, while holding a high-powered weapon close to the camera.

At the time of Russell’s arrest in the US, a local police source told The Gleaner that they were unaware that he had fled the island. They subsequently got the confirmation from their US counterparts.