‘Not good for Jamaica’ 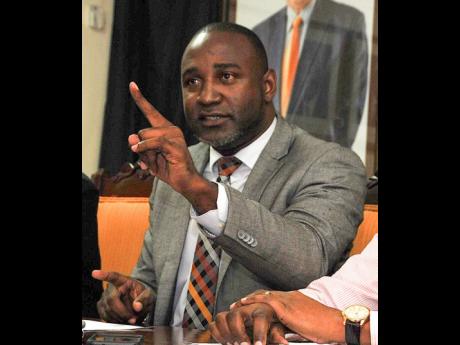 The man on the street in Brown’s Town, in the North Western St Ann constituency seat that the People’s National Party’s (PNP) Dr Dayton Campbell ruled for two terms as member of parliament (MP), was largely unaware of the latest development regarding his legal battles.

Months ago, Campbell was accused by PNP activist, Karen Cross, of having intercourse with minors, a charge he strongly rejected as false and is suing for defamation.

In an escalation of the dispute, affidavits were filed with allegations, purportedly authored by three accusers, of sexual encounters with Campbell when they were below the age of 16.

The allegations emerged in a defence filed in the Supreme Court on May 13 by lawyers representing Cross, who, along with bloggers Natalee Stack and Michelle Stern, is the subject of a defamation lawsuit filed by Campbell.

In proclaiming his innocence on Wednesday, Campbell charged that Cross was a “political mercenary” with an agenda of “forcing me to resign my position as general secretary”.

But one of his former backers, Delroy Redway, the former councillor for the Brown’s Town division, who switched allegiance to independent candidate Peter Shand in the last general election in which Campbell lost his seat, indicated that whatever the outcome of the case it was a bad scenario for the country.

“Very unfortunate, that’s all I can stay at this stage. Anything that goes down, it’s not good for Jamaica,” Redway told The Gleaner. He declined to comment further, saying that it is now a legal matter.

But Campbell, a product of St Ann who emerged from humble beginnings to achieve his goal of becoming a medical doctor, and who is now general secretary of the PNP, still has at least one strong supporter who said he has known the politician since he was a youngster.

Jeff Simmons said he had been keeping abreast of development where Campbell is concerned, and despite the latest development, his support for the former MP remains strong.

“Yeah, I support him. A good youth. A humble youth from mi know him, humble youth,” Simmons told The Gleaner on Wednesday.

“People don’t have to like you. People accuse you (wrongfully) ‘cause when people doing good, people don’t like it; them like the Barabbas style. An’ me see’t. Mi see a lot a things wha happen, a lot of things wha happen to people,” he added, before delving into some of the educational programmes that Campbell had initiated during his tenure as MP.

One businesswoman caught sitting on a stool at the front of her store, waiting for customers, tossed the opportunity to speak about recent developments affecting Campbell.

After Campbell’s loss in the September 2020 general election, with the seat going to the Jamaica Labour Party’s Krystal Lee, he switched attention to the PNP internal machinery that was gearing to find a successor to Dr Peter Phillips to lead the party. After supporting the bid of the successful candidate, Mark Golding, Campbell was later elected as general secretary.