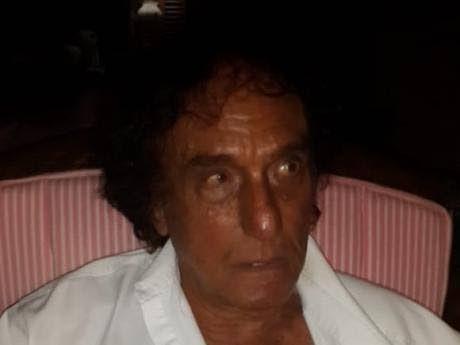 Ernest ‘Ernie’ Smatt, the tourism pioneer who played a huge role in the early development of the sector in Ocho Rios, died Thursday in Miami, Florida, while receiving treatment. He was 88.

As news of his passing spread, tourism sector personnel hailed him as an icon of the industry.

“Jamaica mourns the passing of a real tourism icon. Ernie Smatt was the quintessential tourism man. He understood the game and had the swagger that created the phenomenon he was during a period when Jamaica was the playground of the rich and famous,” said Bartlett in a release.

“Ernie brought entrepreneurship to another level. He invested in Jamaica and other Caribbean islands. He brought a level of distinction that was noticeable because of how he conducted himself and how he comported himself. He was suave and classy. He had a knack for getting to the hearts of the beautiful people who visited Jamaica,” he added.

Noting that Smatt was honoured in 2016 with the Order of Distinction (Commander Class) for his outstanding contribution to the development of tourism in Jamaica, Bartlett stated: “Jamaica has lost one of its fine tourism sons.”

“We are very saddened by the passing of Mr Ernie Smatt who was a tourism icon. He was one of those builders of the tourism industry in Jamaica and up to his passing was very, very vibrant in the industry,” Taylor told The Gleaner.

“He was really in every aspect of tourism, cruise shipping, accommodation, attraction. He will be greatly missed and as I said, he was a true pioneer,” Taylor said.

A shrewd businessman, the Portland-born Smatt was known to rub shoulders with the likes of Hollywood movie stars Errol Flynn and Elizabeth Taylor, and activist Martin Luther King Jr during his younger days, as he planted a foothold in the tourism business in Ocho Rios with Shaw Park Beach Hotel and Spa.

During the boom in Jamaica’s tourism in the 1950s, Shaw Park Hotel opened with 30 rooms in 1953, on a hillside overlooking Ocho Rios that also boasted Shaw Park Botanical Gardens. The hotel was relocated in 1965 to its current beachside location at Cutlass Bay in Ocho Rios and room capacity expanded to 94.

Shaw’s business acumen saw him expanding his portfolio over the years and at the time of passing, was known to own and or operate several entities including Shaw Park Beach Hotel and Spa in Ocho Rios, Club Ambiance Hotel in Runaway Bay, Brimmer Hall Great House in St Mary, Mangoes Beach Resort in Trelawny, The White House, a popular restaurant and venue in Grand Cayman, along with Watersports Enterprise.

Smatt’s passing means another dent in Jamaica’s tourism industry that over the past year has been severely impacted by the COVID-19 pandemic and the passing of tourism stalwart Gordon ‘Butch’ Stewart, founder of Sandals and Beaches Resorts, who died in January.