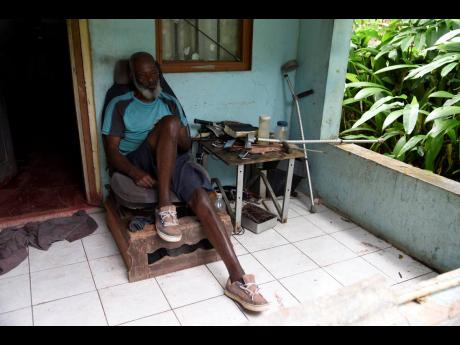 Nicholas Nunes/Photographer
Maurice Reid says he is still traumatised from the devastation he experienced as a result of floodwaters rising to his rooftop four years ago. 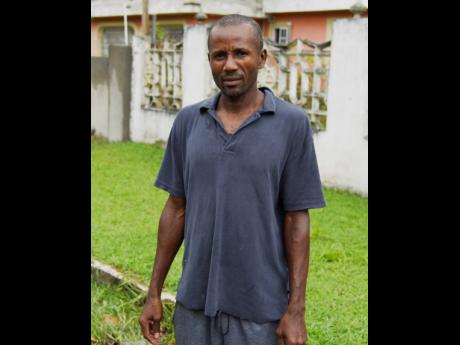 Nicholas Nunes/Photographer
Mark Riley says he keeps the contacts of person in the Sunny Side housing scheme in Linstead in the event of a hurricane and there is flooding.
1
2

The start of the 2021 hurricane season has brought new fears to some residents of the Sunnyside community in Linstead.

Due to the frequency of flooding in the community over the years, the residents are fearful that heavy rains associated with any weather system could totally disrupt their lives in an era when they are already dealing with a pandemic.

Seventy-seven-year-old Maurice Reid said he is still traumatised from the devastation he experienced as a result of floodwaters rising to his rooftop four years ago in the month of May, just prior to the start of the 2017 hurricane season.

Partially disabled, Reid was rescued by a neighbour just in time from the fast-rising floodwaters that were about to overcome him.

“It happened fast; I didn’t have time to get anything out of the house. I just had to go, but now the hurricane season starts we just have to keep looking and be ready to move,” he told The Gleaner.

“Right now mi have things packed and if mi see the rain falling nonstop, mi get out and go to the house of a friend in the community who have a upstairs house,” he said.

According to Reid, who has experienced many floodings in the community having lived there all his life, the heavy rains caused the Rio Magno to overflow its banks and connect with a rising tributary of the Rio Cobre, then spewed its rage on the community.

The residents say based on their experience with flooding over the years, they can declare that any active weather system in the parish of St Mary where the Rio Magno flows from, could see flood waters again rising to the level it was four years ago.

Mahlia Farquharson Godfrey said even though she didn’t experience the severity of the May 2017 floods, she is still terrified that the hurricane season could bring the kind of conditions that will contribute to the area been flooded out.

“We keep watching out so we are not taken by surprise. The last time it gave no warning, it came on us suddenly. We know the flood is coming when we hear the bamboos breaking,” she said.

Mark Riley, who was involved in rescue operations before the Jamaica Defence Force rescue helicopter showed up to airlift some residents who were trapped, said any tropical depression that impacts St Mary is cause for concern to the residents of the community.

“If any tropical depression out, especially in St Mary side, that is the time we worry, because it bring the water right down here; that is the problem,” Riley opined.

Despite the possibility of more floods occurring, residents say they will not relocate and live anywhere else because of the quiet and peaceful nature of the community.

Riley said his family have since added an upper floor to the house he currently lives in to escape, in the event of another flood. Other residents have also done the same thing.

Chairman of the St Catherine Disaster Preparedness Committee, Roogae Kirlew, said the problem of flooding in that community still remains an area of concern.

“I had asked the Office of Disaster Preparedness and Emergency Management to do a study of the root cause of the flooding in that area which I will follow up on,” Kirlew stated.

He added, “ We have put an evacuation plan in place to respond to the residents in case we have a reoccurrence of this problem. Our aim is to carry out a total evacuation of the area if there is a real threat of a hurricane facing the island.”

According to Kirlew, the Disaster Preparedness Committee has discussed with the National Works Agency, the possibility of dredging the Rio Magno where it meets the Rio Cobre tributary as a possible solution.