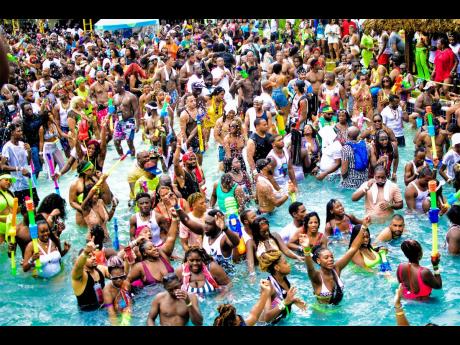 File
In this August 2019 photograph, patrons are seen at Wet N Wild at Kool Runnings Adventure Park in Negril 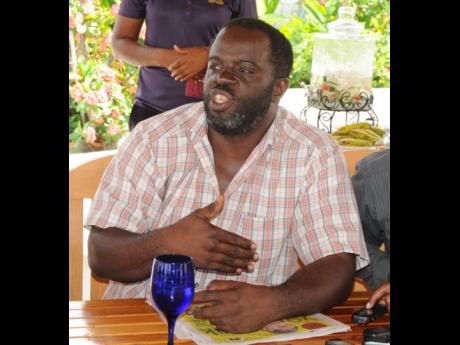 With the resort town of Negril courting much controversy as a result of recent Disaster Risk Management Act (DSMA) breaches involving an ill-fated party boat that sank and an unsanctioned party at Rick’s Café, president of the Negril Entertainment Association (NEA) Ryan Morrison is seeking to use the two incidents to draw attention to infrastructural deficiencies in the town’s entertainment posture.

In a letter to Tourism Minister Edmund Bartlett and Entertainment Minister Olivia ‘Babsy’ Grange, Morrison spotlighted the need for Negril to have a sustainable entertainment product and an entertainment park strategically located to make night noise a non-issue.

“As we look to consider entertainment industry sustainability with growing pressures for the opening of the industry, coupled with the inter-dependence of music and entertainment as a part product of brand Negril, we are appealing to both ministers to consider the planned site proposal that has been on the table since 2018,” wrote Morrison.

In the 2018 proposal, the NEA urged both Bartlett and Grange to consider establishing an entertainment park in Negril as a long-term solution to the perennial issues in the entertainment industry as it relates to the Noise Abatement Act and large outdoor events.

At the time, the association also identified a parcel of land, which is not adjoining any residential or resort properties, where they said the required infrastructure could be created for a state-of-the-art entertainment park suitable for major concerts and similar events.

“Such a facility could be developed employing all the relevant technologies that are now available to reduce sound pollution while embracing our cultural preference for outdoor entertainment,” the document stated.

With Negril’s entertainment on lockdown because of the COVID-19 protocols, Morrison believes the time is now ripe to address the major issues surrounding entertainment before the sector reopens post the pandemic.

With Negril hosting high-quality entertainment events, seven days per week, at venues spanning the seven miles of white sand beaches along Norman Manley Boulevard to One Love Drive (formerly West End), Morrison believes if the government plays its cards right, vast sums could be generated for the nation’s coffers.

“It is our belief that if developed and harvested right, music and entertainment can become a major economic driver for the community and national development here in Negril,” said Morrison. “Our greatest desire is that the industry development is driven from a bottom-up approach with constant dialogue and local driven inputs.”

“We have been traversing to Kingston for years to settle entertainment conflicts at the ministry level for far too long to continue in the same manner, which has been taxing, non-progressive and divisive,” he continued, calling on the government to not miss this opportunity “to start over again”.

“I do hope that our cry can be seen as a priority issue that warrants a response in the shortest possible time,” added Morrison.

Negril, which came to the fore in the 1960s as a ‘hippy hideaway’, is home to major entertainment events such a Dream Weekend, the annual Bob Marley Birthday Bash and Rastafari RootzFest Ganjamaica Cup – Cannabis.