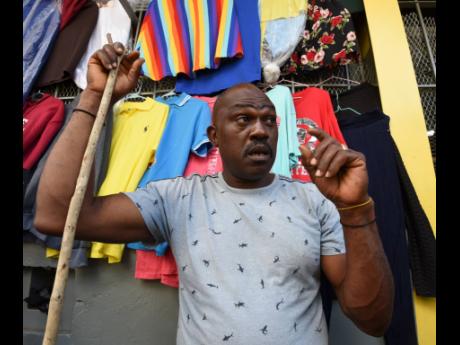 Ian Allen/Photographer
Alrick Denton, who has been selling at the Brown’s Town Market for more than 20 years, is hoping Saturday’s flood is not a sign of what is to come this hurricane season. 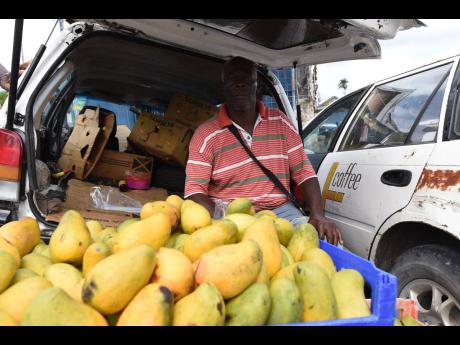 Ian Allen/Photographer
Luther Stanley said he was almost washed away in the flash flood. 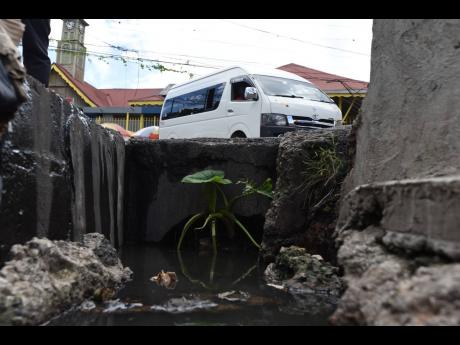 Ian Allen/Photographer
The main drain across from the Brown’s Town Market in St Ann is in need of attention. 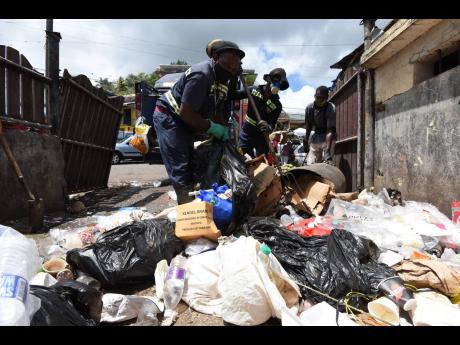 Several market vendors in Brown’s Town, St Ann, are shouldering thousands of dollars in losses arising from a flash flood which washed away much of their produce on Saturday.

Sixty-year-old Lindsay James, who said he has spent nearly five decades vending, was one of several vendors that lost food items during the downpour and eventual flood.

After about an hour of rain on Saturday, the water was channelled from Top Road and made its way along a street beside the main market building, creating havoc inside.

While not being able to put a value on what he lost, vendor Luther Stanley believes he was lucky to escape with his life.

“The water come from up that way. It just come pon a force. The rain come all di while. When it come, we could a just close dung and stay; but Saturday gone, it just come pan a flood, and when it come, it hit mi right here so,” Stanley said, indicating knee hight. “Mi haffi hol’ on pon di car and grab one ah di crate, and it jus’ swing and everything gone. If mi never hol’ on pon di car, me would a drop.”

“Mi haffi jus’ laugh for a God power that. We cyaa do nutten towards that,” he added, saying it was the worst flood he had seen.

Stanley said other persons lost their produce, which the fast-moving waters swept down the road and could have ended up in Standfast, a community to the west of Brown’s Town.

Alrick Denton, a vendor who has been operating in the market for over two decades, said the incident was shocking and warned that with the hurricane season just in its infancy, it was time that the authorities begin cleaning drains in the town.

“Everybody things wa up deh suh wash gone dung deh suh; all mango, everything; crate, everything wash away in di space ah no time,” he added.

Denton suggested that the concrete structures that have been erected on Top Road over time have contributed to the flooding, as all the land surface has been covered with concrete, thus reducing the surface area for rainwater to soak away.

When contacted, St Ann’s Bay Mayor Sydney Stewart was in a meeting and could not speak to The Gleaner. Subsequent calls to his cell phone went unanswered.