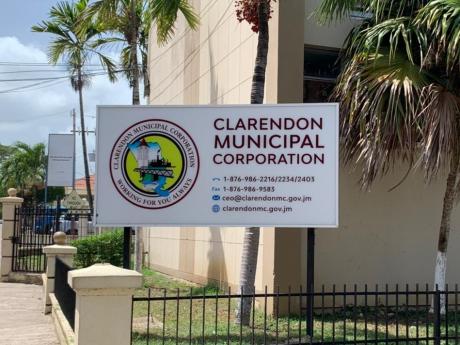 The councillors argued that the problem contributes to flooding in communities and that the issue needs to be addressed.

With an active hurricane season being anticipated, the issue of poor drainage in Clarendon took centre stage at today's monthly meeting of the municipal corporation.

Councillors lamented that the problem contributes to flooding in communities and that the issue needs to be addressed.

Councillor of the Hayes division Scean Barnswell cited the small drains and flooding issues in Girls Town and called for the structures to be cleaned.

He also shared that a section of the Monymusk Housing Scheme was flooded last year because the drain that passes through the community was not cleaned.

Joel Williams, councillor for the Denbigh division, described the town of May Pen as a “catchment area” during periods of heavy rainfall, as he called for proper measures to clean and maintain drainage structures in the town and surrounding areas.

Williams argued that the $1 million provided to councillors under a special initiative to tackle drains is insufficient.

Highlighting the problematic drain that runs from Rose Lane to Guinep Tree, he urged Clarendon's mayor, Winston Maragh, to initiate a tour of the parish with a view to bringing the situation to light.

“We cannot over emphasise, it is totally penny wise and pound foolish when the disaster strikes to start come around with backhoe to try to clean at that point,” Williams said, as he called for the intervention of the relevant authorities.

Tanyalee Williams, councillor for the May Pen North division, expressed concern about disaster preparedness in her area.

Commenting on a drain that runs from Bushy Park to Central Avenue, she said the structure is in a deplorable condition.

“Even last year we had a death in there [the area]. There is a serious problem there because as soon as the rain falls for 15-20 minutes nobody can cross the roads,” she stressed.