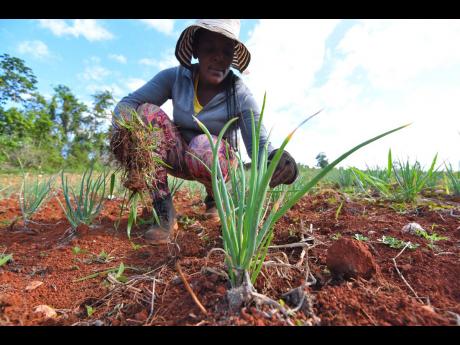 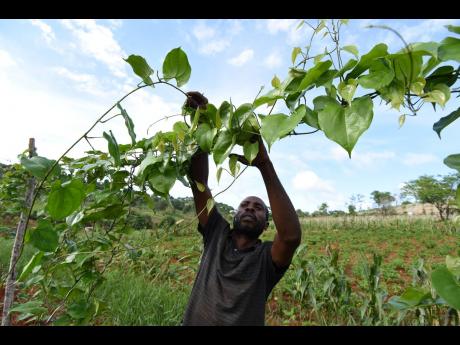 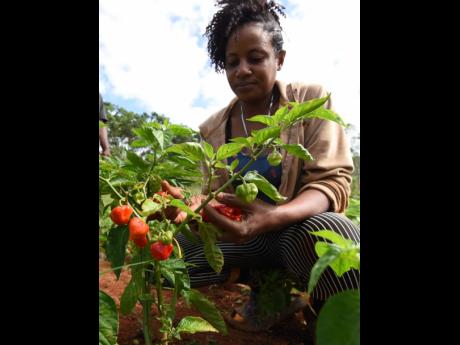 People’s National Party (PNP) councillor for the Beecher Town division in St Ann, Ian Bell, has broadened his scope to include farming, citing the food and employment benefits of the venture.

Bell, who has been councillor for over 14 years, has already started reaping from his farm which he started around four months ago on over 30 acres of land leased from the National Land Agency (NLA) for that purpose.

He has started reaping several crops, with the rich soil producing high yields.

“I can’t tell you the yield that is coming in from the peanut. We planted five pounds of peanuts and so far we have over eight crocus bags of peanuts ready; somewhere in the region of eight bushels,” he estimated.

Over 250 pounds of tomatoes reaped in one day also highlighted the returns that the team of young farmers, several of them new to farming, are getting from their effort.

“It has always been a long-time desire of mine to do something that can be beneficiary to a lot of my constituents,” Bell pointed out.

“Farming has always been one of my heart’s desires because I know that if we farm, we will be able to feed the nation,” he added.

The move started in mid-February, the day after Valentine’s Day, in fact, after he decided that the time had come to take the plunge into farming.

After contacting the NLA about the possibility of leasing land for farming, the deal was approved in short order and work began on clearing the land.

“Most importantly, what I’m happy about, I’m able to employ on a daily basis, sometimes over 20 persons on the farm (who) are strategically picked from different communities within my division, to make sure they’re employed,” Bell stated.

Persons from Parry Town, Epworth, Beecher Town, Union, Colegate are benefiting from employment on the farm.

One young woman, Nicola Menzie, who hails from Cascade, St Ann, located near the Clarendon border and who grew up on her father’s farm before he passed away, now works with Bell. Her vast knowledge and experience about farming have come in handy and she remains a vital part of this new venture.

“All my life my father was a farmer; we planted basically everything so I know much about farming,” Menzie admitted.

Menzie relocated to the north coast some years ago and up to recently worked at a popular food establishment in the Ocho Rios area before the pandemic struck and she lost her job.

Having known Bell for quite some time, she was not surprised when he called her and told her he needed some yam heads as he was starting a farm. She immediately got in touch with her brother who was running the farm in Cascade. But she needed a job.

“I asked him (Bell) there and then if I could come and work with him because at that time I wasn’t working, and he said sure,” Menzie related.

She is satisfied how things have progressed thus far, so too other workers employed on the farm.

Sophia Johnson of Parry Town and Anthony Gordon, who hails from Beecher Town, are both grateful for the employment opportunity.

“It has been good, I’ve gained a lot of experience in farming,” said Johnson, who is new to farming.

Gordon, on the other hand, once operated a yam farm and has brought his experience to the benefit of the venture also.

He hailed the move by the councillor to start the farm, saying: “It kinda helpful to the people in the community and inna fi him constituency because basically now no work nuh deh more than so and most people haffi a turn to the farming. The farming is the backbone right now, help feed the nation, yuh understand?”

Although a newcomer to the agricultural scene, Bell has been strategic in how he finds market for his produce and is not having any problems at this time.

A lot of the peppers go straight to factories while he sells most of the other crops directly to market vendors, he revealed.

“I’m not having any great issue at this time,” Bell confirmed.