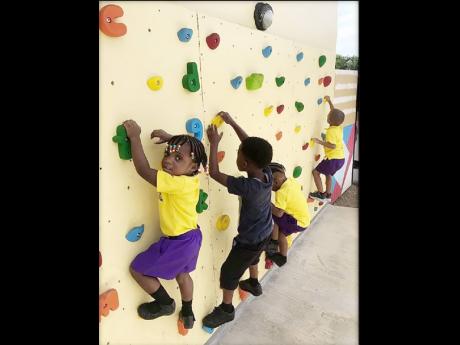 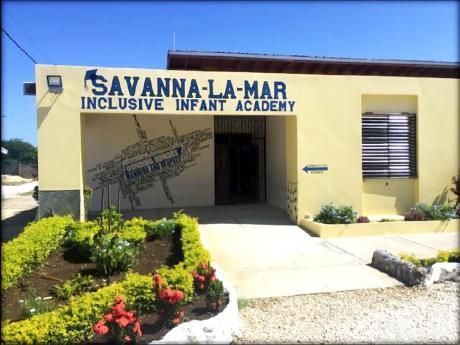 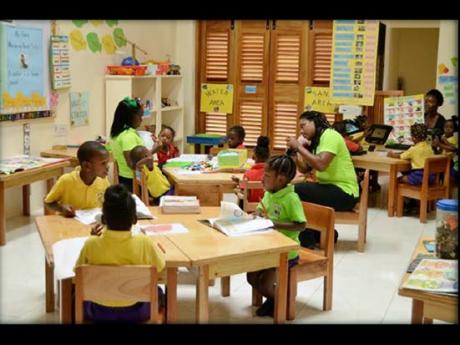 Contributed
Sav Inclusive now has 136 children enrolled in preschool through to grade one, and a staff complement of 25 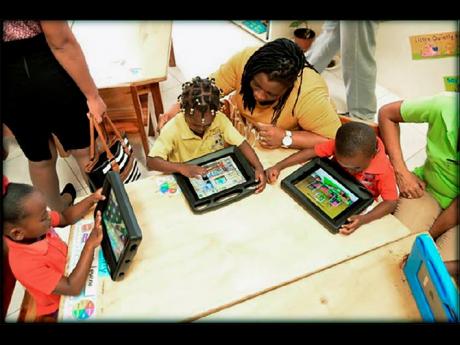 When the COVID-19 pandemic suddenly upended the tenuous existence of parents and children in sections of the parish of Westmoreland, the Rockhouse Foundation, which was already providing the major meal for almost 150 early childhood and primary school children, found itself redirecting resources to nearly 200 families.

With the doors of schools and tourism facilities shuttered, families who were dependent on the tourism industry instantly lost their income. Traditionally, many children receive their most nutritious meal from school-feeding programmes, and closure of schools left parents and caregivers with the daunting challenge of providing basic sustenance for themselves and their families.

That’s when Rockhouse embarked on a food supply programme.

“We have extensive knowledge of and experience working with children and families in the region, as well as the various institutional systems that support them. We have been making weekly food distributions for a full year, delivering more than 200 tonnes of food to 200 struggling families at our four partner schools, reaching almost 1,000 people weekly,” Peter Rose, president of the foundation, told The Sunday Gleaner.

The need was clear as the economic challenges were exposed, he shared.

Packages include 10-pound flour and rice each, three pounds sugar and cornmeal each, a litre of cooking oil, tin mackerel and milk products.

COVID-19 and its devastating tentacles have taken the foundation away from its core focus of education to its current offering.

Founded in 2003 with an initial focus to improve the infrastructure of public primary schools in its immediate environs, Rose said Rockhouse has raised and spent almost US$6 million since its existence, to expand and modernise its partner schools in Westmoreland, as well as the Negril Public Library.

The foundation, a springboard from the Rockhouse Hotel, since mid-2010 has found itself funding additional services and personnel in the schools, and undertaking ongoing maintenance and repairs.

“The work of the foundation grew out of a set of values which started the original ownership team that bought the Rockhouse Hotel in 1993 and developed it. It was to give an amazing experience to the guests; to make sure staff were well compensated and share in the success of the hotel; that the hotel would always be a good steward of the environment; and to give back to the community in meaningful ways,” said the founder.

The establishment of the foundation was designed to access overseas money to use in Jamaica. No money is raised in Jamaica.

One of the main ways of giving back was through a solid contribution to education, especially at the early childhood and primary levels. In 2017, Rockhouse developed and established Jamaica’s first and only mixed ability, full-inclusion model school in Westmoreland – the Savanna-la-Mar Inclusive Infant Academy (referred to as the Sav Inclusive).

“We feel it was an opportunity to invest in children and improve their lives. The school opened with 30 three-year-olds, including nine with various special needs ranging from mild autism to profound cerebral palsy. We were able to negotiate teacher and principal salaries through the Ministry of Education for a full year of planning prior to welcoming the initial cohort in 2017,” Rose shared with The Sunday Gleaner.

“Speech and physical therapy are especially crucial components of the matrix of support services for many of our special-needs students. Sav Inclusive is very fortunate to have recruited two of only seven speech therapists in all of Jamaica, and an amazing physical therapist, all of whom have made remarkable progress with our students in need of their services.”

Renee Rennalls is the school’s principal, who spent 14 years at the well-endowed Hillel Academy in Kingston before making a U-turn to the island’s western end.

“When I became a teacher, I wanted to be involved in any part of teaching that gave back to my community. I worked in a private school all my teaching life, but when I came here I fell in love with the ideals of the school, especially because kids with special needs were working side by side with other children,” Rennalls stated.

Noting that the majority of the resources needed by special-needs children were mostly confined to Kingston, she said making the move weighed heavily on her, especially as she had to consider her pre-secondary-age daughter who would remain in Kingston.

“I decided, though, it was the time for me to make the move and the set-up and growth plans of the foundation was where I also wanted to go. So in our school, there is no special area for the children with special needs. It’s mind-blowing to see the cooperation of the children, how they help each other. And it makes you realise that much of what children learn that is unpleasant is taught,” she said.

A grade one was started last year, and a grade two will also be prepared, but the pandemic impacted its full roll-out. Sav Inclusive now has 136 children enrolled in preschool through to grade one, and the future plans of the school include the establishment of a secondary level on the same compound.

With a staff complement of 25, each grade has a main teacher, an assistant and a caregiver, with Government’s only contribution being the salaries of teachers. Parents were taught to offer basic speech and physiotherapy, but some children have advanced beyond the level provided, she explained.

All are hoping for conditions to improve for the children to be assessed individually so parents can be prepared for further assistance, should the need arise.

Like the rest of the island’s schools, Sav Inclusive went online when COVID-19 hit; however, it has lost some of the children as participation is not what was hoped. Internet access, said the principal, is a huge challenge in the parish, as well as the ability of parents to purchase data plans.

“Teachers are so resilient and so tired. The constant calling to find parents and check on children has left so many tired. We are just hoping that there are no severe learning gaps until some sort of normalcy is restored,” she added.

Other schools benefiting from the Rockhouse Foundation include Moreland Hill Primary and Infant since 2013; Little Bay All Age; and the privately owned and operated Bunch of Stars Early Childhood Institution since 2012, especially since it is a feeder school for Little Bay All Age. The foundation also renovated and expanded the Negril Public Library in 2007/08, with approximately 3,500 square feet of stacks and study space created.